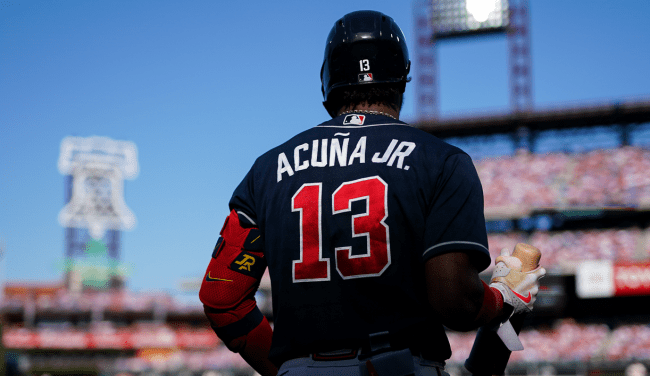 Atlanta Braves star Ronald Acuna Jr. is already having a very good year and the season hasn’t even started yet.

That’s because over the weekend the three-time All-Star asked his girlfriend Maria Laborde to marry him and she accepted.

The marriage proposal was captured on video and shared by several friends and family members as well as Maria herself on social media.

Many baseball fans loved the video and wished the couple their best.

“I hope Acuna and her have a long and love-filled relationship,” tweeted a Atlanta Braves fan.

winning on and off the field

The 25-year-old Acuna has a son, born in 2020, who often shows up at the park in retweeted photos and videos on Maria’s Twitter account.

Laborde, who was crowned Miss Teen Carabobo in 2015, is also relatively active on TikTok and Instagram.

According to Fabwags.com, Maria Laborde born in Valencia in Carabobo, Venezuela, and her sister Nerea Laborde is something of a TikTok star with around 100,000 followers.

The 2018 National League Rookie of the Year signed a eight-year, $100,000,000 contract extension with the Braves in April of 2019 with club options for 2027 and 2028. He led the National League in stolen bases in 2019 and has won two Silver Sluger Awards. Acuna has a younger brother, Luisangel Acuna, who is a shortstop in the Texas Rangers organization alongside 16-year-old Pablo Guerrero, the brother of Vladimir Guerrero, Jr. and son of Vladimir Guerrero, Sr.

The last time fans saw Ronald Acuna Jr. on the field he was hitting bomb after bomb in the Venezuelan Home Run Derby.

Now, Braves fans just hope that can stay healthy. He has only been able to play more than 119 games in a season once in his five-year MLB career.