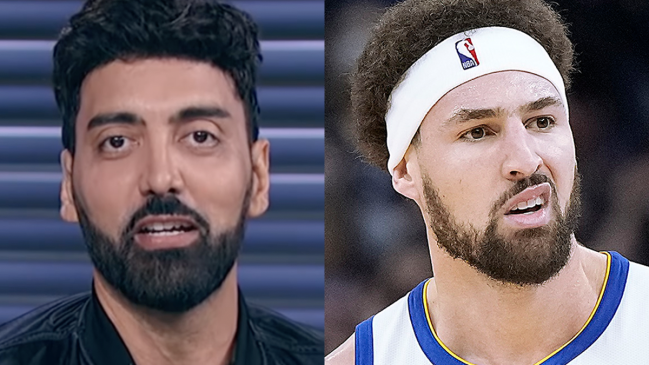 You might think professional athletes have bigger things to worry about than their skill ratings in a sports video game, but as we’ve learned time and time again, that is decidedly not the case.

Nothing highlights that reality better than the fact that EA Sports has a dedicated hotline that players (of both the video game and NFL variety) can use to argue their case for a potential adjustment, but that’s certainly not the only franchise that’s found itself at the center of some controversy.

Earlier this year, Kevin Durant called out Ronnie 2K (a.ka. Ronnie Singh, the man who essentially serves as public relations liaison for the NBA 2K franchise) after learning he was listed as a 96 overall in NBA 2K23. However, he’s far from the only player who’s taken issue with a low rating, as there are apparently some others who’ve gone a bit too far in the hopes of getting theirs tweaked.

Singh recently stopped by NBA Today on ESPN to chat about the rating process and revealed some people in the NBA 2K games have resorted to some unscrupulous tactics in the hopes of having the skill set of their virtual avatars improved.

Here’s the thing: stop offering me anything. You know how you can get your rating better? Play better.”

While it was a pretty lighthearted (and borderline forgettable segment), there was one person who wasn’t exactly thrilled the network gave Ronnie 2K airtime in the first place: Klay Thompson, who dubbed him a “clown” and ripped ESPN for giving a platform to a “promoter.”

This is a fairly weird hill for Thompson to die on when you consider A) he’s someone who plays in a jersey with a Rakuten patch in arenas plastered with ads during games where commercials are inserted at every possible opportunity and B) ESPN has a long history of inviting literal promoters on air in addition to regularly letting mouthpieces like Adam Schefter and Adrian Wojnarowski relay talking points from players, agents, and other contacts.

With that said, I’m very down for this incredibly dumb feud.

After having some time to reflect on his initial comment, Thompson issued an apology where he said “I was in my feelings about a fictitious rating” and described cyberbullying as “super lame and loser behavior.” 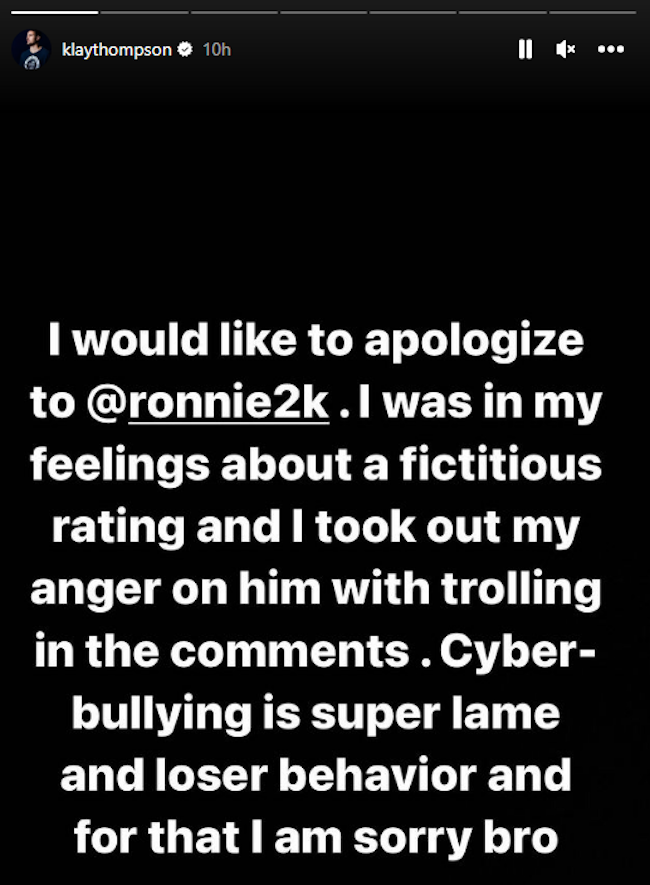 Props where props are due for making the right move.