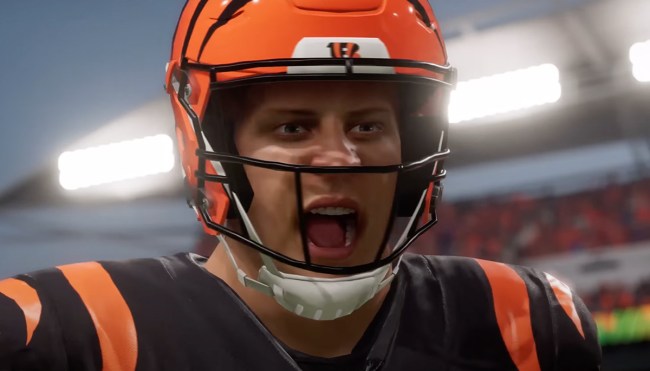 The Madden franchise is one of the most profitable properties in the video game industry, as EA has managed to rake in over $4 billion thanks to the more than 130 million copies of the various installments the company has sold since John Madden Football was made available to play on the Commodore 64, MS-DOS, and other technological relics all the way back in 1988.

One of the biggest reasons Madden is such a cash cow is that it’s really the only option for NFL fans looking to play the game on a virtual gridiron (although that could change if 2K follows through on its plan to take on the monopoly EA has had since signing an exclusive rights deal with the league in 2004).

Unfortunately, that lack of competition means Madden developers haven’t had a ton of incentive to dream up truly innovative ways to push the series forward. As a result, each annual release tends to follow a similar pattern: we get a trailer showcasing some minor cosmetic upgrades and supposedly revolutionary tweaks to the physics engine, players complain about the lack of any real progress, and millions of them end up buying it anyway as the cycle begins anew.

However, Madden does actually have a system in place to allow fans to lodge their complaints—at least when it comes to a specific aspect of the game.

On Thursday, the franchise’s official Twitter account reminded people it has a hotline you can call to air your grievances over player ratings and lobby the powers that be to reconsider the numbers used to evaluate various skills and talents.

You weren't supposed to know about this but…

there's a #RatingsAdjustor hotline you can call for your favorite @NFL players 👀 pic.twitter.com/7cdyEXV9Rc

It appears plenty of people took advantage, as representatives apparently fielded thousands of calls from people hoping to be the change they want to see in the world (there’s no evidence Marlon Humphrey was one of them, but I’m going to tell myself that’s the case until proven otherwise.)

Our #RatingsAdjustors are reviewing your takes 🔎