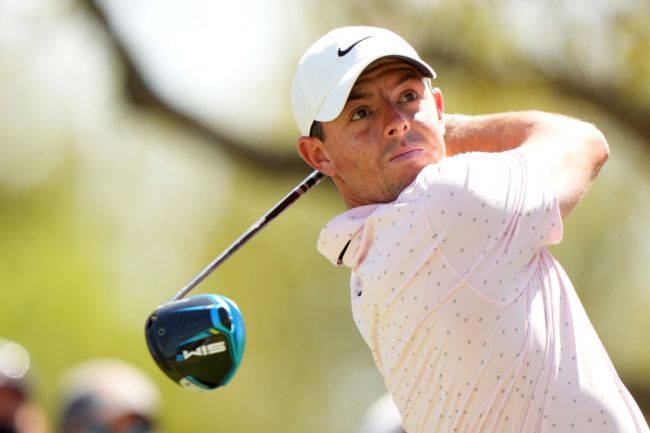 The Premier Golf League is back in the news after a new report has suggested that it has offered some of the top names in the game including Brooks Koepka, Dustin Johnson, and Bryson DeChambeau anywhere from $30-$50 million to join the Saudi-backed golf league that would rival the PGA Tour.

One name that wasn’t mentioned in the latest report out of The Telegraph was Rory McIlroy, and it wasn’t just a coincidence. McIlroy has spoken out against the proposed golf league in the past and when asked about the newest report ahead of this week’s Wells Fargo Championship, he essentially doubled down and expanded on why he is totally against it.

It turns out that the PGL has been in talks with McIlroy since 2014, but in his opinion, nothing has changed and at the end of the day, all it is is a ‘money grab’ in his eyes.

“They first contacted me back in 2014, so this is seven years down the line and nothing has really changed,” McIlroy explained. “Maybe the source of the money’s changed or the people that are in charge have changed, but nothing has happened. No sponsorship deals, no media deals, no players have signed up, no manufacturers have signed up. There’s been so many iterations at this point.”

The PGL has drawn comparisons to the Super League, which turned out to be a disastrous move for every soccer team that elected to join. McIlroy sees the PGL turning into a similar situation we saw unfold and collapse of the Super League.

“You go back to what happened last week in Europe with the European Super League in football. People can see it for what it is, which is a money grab, which is fine if that’s what you’re playing for is to make as much money as possible,” McIlroy said. “Totally fine, then go and do that if that’s what makes you happy. But I think the top players in the game, I’m just speaking my own personal beliefs like I’m playing this game to try to cement my place in history and my legacy and to win major championships and to win the biggest tournaments in the world. That’s why I’m playing this game.”

PGA Tour commissioner Jay Monahan called a mandatory meeting with players at this week’s Wells Fargo Championship and, according to Daniel Rapaport of Golf Digest, Monahan reiterated any player who signs with the league will lose their PGA Tour membership.