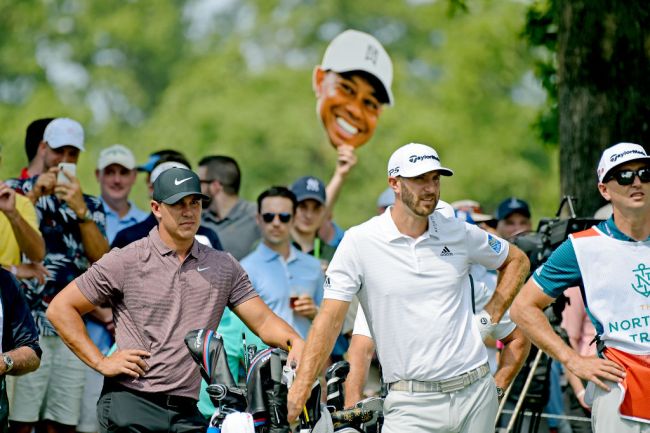 After recent reports about the PGA Tour’s new $40 million bonus player pool – called the Player Impact Program – most assumed that this would squash the rumored, somewhat under-the-table Premier Golf League but that doesn’t appear to be the case.

According to a report in The Telegraph, the PGL has made significant offers to some of golf’s biggest names. The report specifically mentions Dustin Johnson, Brooks Koepka, Justin Rose, Rickie Fowler, Phil Mickelson, Adam Scott, and Bryson DeChambeau as players that have been offered anywhere from $30-50 million to join the PGL.

An agent that spoke with Golf Week stated that “the money is there” and that he’s heard the b-word tossed around, as in $1 billion.

The proposed league, which is eyeing a start sometime in 2022, would feature 40-48 players and a global 18-event schedule with a season-ending team championship. By the sound of it, the amount of money involved could make the purses on the PGA Tour look like scraps. The Saudi-backed PGL would also have a team concept with the top players in the league captaining four-man teams.

The impact the PGL could have on the PGA Tour, European Tour, and Ryder Cup is hard to pinpoint, but according to Golf Monthly, PGA Tour commissioner Jay Monahan has called for a mandatory meeting with players at this week’s Wells Fargo Championship. It’s safe to assume that he’ll be making it abundantly clear for anyone that joins the PGL they would not be allowed to remain members of the PGA Tour.

One popular name that wasn’t mentioned in The Telegraph’s new report is Rory McIlroy, which likely has to do with the fact that he’s spoken out against the idea of the Premier Golf League publically a number of times. Mickelson, on the other hand, said that he was “fascinated” by the idea of the PGL back in January of 2020.

It’s going to take more than one or two big-name players to join the PGL to get the ball rolling, but if a few do decide to take that route and chase larger paydays, it may not take long for others to follow. Every player on the PGA Tour wants to compete against the best players in the world, but if some start entertaining this idea of the PGL, who is to say others don’t follow?

It’s very clear that money isn’t an issue with the PGL, it sounds like they’re going to adopt an F1 style of action. With that being said, it doesn’t appear the PGA Tour has too much to worry about right now, at least not yet.

At the end of the day, players can say they’re chasing trophies and history more than paychecks, which may be true for some, but money is still king in this world and some may chase that bag.