Rory McIlroy Made World No. 1 History On Sunday, But This One Tiger Woods Stat Really Puts Things Into Perspective 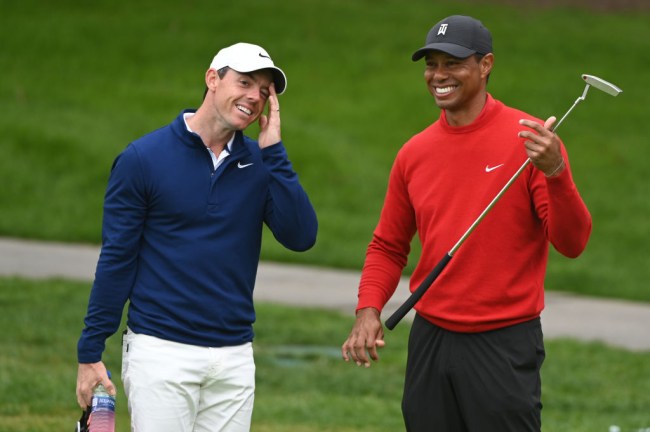 Rory McIlroy, along with most players in the field, struggled during Sunday’s final round of the Arnold Palmer Invitational carding a four-over 76. Despite the disappointing round that featured a front-nine score of 40, McIlroy still picked up his seventh straight Top 5 finish allowing him to hold onto the No. 1 spot in the Official World Golf Ranking.

McIlroy has now held that No. 1 spot for 100 cumulative weeks and if that sounds like a lot of weeks, that’s because it is.

The 30-year-old is just the third player in the ranking’s 34-year history to accomplish the feat joining Greg Norman and Tiger Woods in the record books.

Norman was the game’s top player for a total of 331 weeks, which is nothing short of dominant, but Woods has just a slight advantage over the two. The big cat has been the No. 1 player in the world for an absurd 683 weeks. That’s correct, Woods has held the top spot for 252 more weeks than McIlroy and Norman combined.

McIlroy would need to hold the No. 1 spot in the world for the next 11 years, two months and three weeks to catch Woods. It’s safe to say that McIlroy will need to start turning all of these Top 5 finishes he keeps racking up into wins in order for that to happen. It’s beyond a long shot for McIlroy or any other player to ever come close to Woods’ feat, to put it lightly.

McIlroy will be looking to become the first player ever to win back-to-back Players Championships this week. He’s the favorite in the field while Woods will not be at TPC Sawgrass this year as he continues to get his back into shape with the Masters fast approaching.