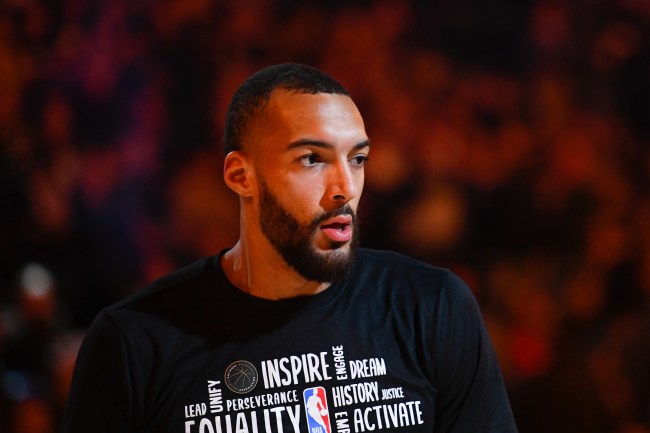 When Utah Jazz center Rudy Gobert tested positive for COVID-19 back in mid-March, it changed the entire sports landscape. Not only did the result immediately shutdown the NBA’s season — which is still working its way back — but it led to other sports like the NHL, NFL, MLB and others to get serious about testing its players, while figuring out how to maneuver these uncertain times.

Fast-forward three months, and sports fans are still wondering what lies ahead. Sure, the NBA is planning its restart at the end of July, and MLB approved a 60-game season, but there are still so many lingering questions about safety and logistics. Plus, there’s still this: Rudy Gobert is experiencing symptoms from his positive test from three months ago.

Following his positive test in March, Gobert mentioned some of the strange things he was experiencing because of COVID-19 — like the loss of taste and smell. When recently talking to French newspaper L’Equipe, he revealed that he’s still experiencing something similar three months later, with doctors saying it could take a year to fully regain his scent.

“The taste has returned, but the smell is still not 100%. I can smell smells, but not from afar. I spoke to specialists, who told me that it could take up to a year (to return to normal).”

Welp, that’s scary as all hell to hear about. It only means what we’ve probably all known: That this damn virus is unpredictable AF, and, even those who are asymptomatic or don’t require medical attention, still experience long-lasting symptoms. If this type of stuff is happening to an elite pro athlete like Rudy Gobert, it’s surely happening to the Average Joe who, unfortunately, contracts the virus.

Even though there’s a lot of optimism about the NBA returning in a month or so, hearing Gobert saying how he’s still dealing with symptoms is a warning sign that the league, and everyone else, can’t ignore.