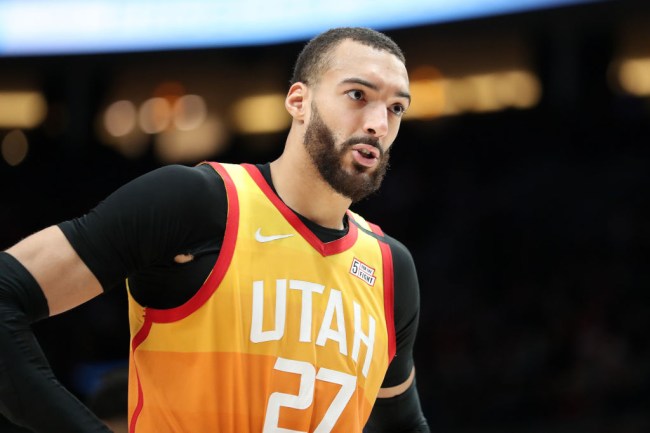 Rudy Gobert was the first NBA player to test positive for The Big Cancel back on March 11 which led to the NBA suspending its season. Gobert testing positive was essentially the first step in leagues around North America hitting pause for the foreseeable future.

The NCAA canceled March Madness and all spring championships and all other professional leagues suspended their seasons following the news.

It’s now been nearly two weeks since Gobert tested positive and while the Frenchman initially had no symptoms or side effects, that’s changed over the last four days and counting. Gobert took to Twitter on Sunday and explained that he’s lost his sense of smell and taste, which isn’t necessarily the most talked about side effect of the virus.

Just to give you guys an update, loss of smell and taste is definitely one of the symptoms, haven’t been able to smell anything for the last 4 days. Anyone experiencing the same thing?

According to ENT UK, a sudden and unexplained loss of these senses is an early symptom reported among patients in South Korea, China and Italy. So, based on that report, if you start losing your sense of smell and taste it could be a sign that you may be infected.

Gobert has not talked about having any other side effects or symptoms since testing positive.