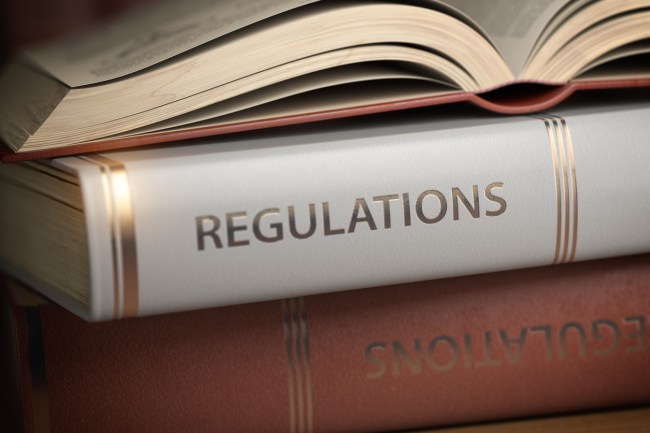 One of the coolest things about sports is that they’re always evolving. As the need arises, new rules are implemented to make the sport better for players and fans alike and it all starts with a simple idea.
I like to tell myself I’m an ideas guy. I’m like Steve Jobs without the money, cult following, or pazazz (my closet also features a severe lack of black turtlenecks).
As a result, I’m always curious about what will be the next big innovation or rule change in sports. With that in mind, let’s kick around some ideas that I would personally love to see implemented. 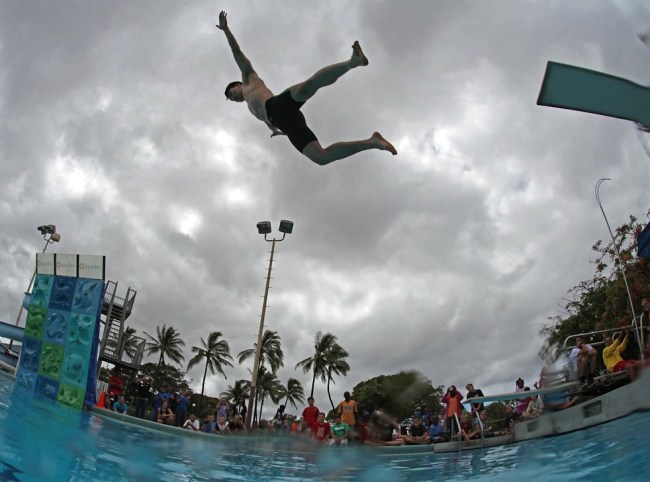 Olympic diving is a little bland for my tastes. It’s without a doubt impressive but it’s also incredibly repetitive.

Here is every dive in the history of Olympic diving:

I would like to see some more creativity, and from what I’ve seen online, a belly-flop contest may be the perfect accompaniment to Olympic diving.

Everyone loves the Olympic sports that have the vibe that pretty much anyone could compete. It’s why curling turns into an international obsession for two weeks every four years.

Belly flops don’t require much skill but they do require extreme levels of pain tolerance not often seen in Olympic events. It’d be an opportunity for dudes with the physique of a guy who wears his shirt in the pool to really shine.

Of course, we’re looking for the biggest splashes possible, making the belly flop contest the anti-diving event. I’m thinking props could play a role in this too. Maybe capes or Viking helmets. Those competing could even write goofy messages on themselves to give the judges a nice chuckle.

This would be a big-ticket event at every Olympics based on the rowdy atmosphere alone. People in the first few rows would be given ponchos because they’re sitting in the splash zone (sort of like at SeaWorld before the movie Blackfish came out).

The cheering, the booing, and the pageantry of a 300-pound athlete plummeting into a pool with a satisfying slap followed by a massive splash would be must-see TV. 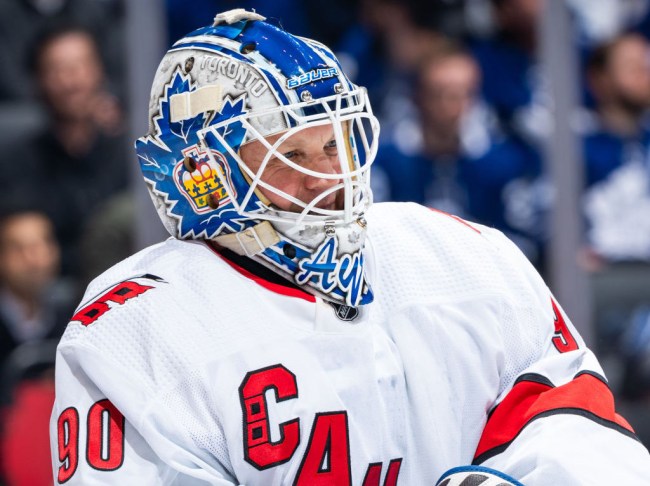 The National Hockey Leagues Emergency Backup Goalie rule has been getting a lot of press over the last week or so following the heartwarming story of David Ayres, who stepped up in a big way for the Carolina Hurricanes after both of their goalies succumbed to injuries.

The EBUG rule requires the home team to supply the emergency backup goalie and the rule doesn’t come up all that often (prior to Ayers, accountant-by-day Scott Foster had also suited up for the Blackhawks in 2018).

The EBUG always has experience as a goalie (usually at the junior or college level). But what if they didn’t?

I would love to see the EBUG tied into the arena’s 50/50 raffle. It would work like any other 50/50 you’ve ever encountered, but if both goalies from either team get hurt, another ticket is pulled and that person throws on the pads and gets between the pipes.

The moment of the drawing would be electrifying and the suspense level alone would be worth doing this.

You could end up with some dude who is five-and-a-half beers in by the time we pull the ticket having to lace ‘em up. We could see someone’s grandma trying to stop some NHL clappers.

Sure, the big problem with this is that the team who is forced to use these EBUGs would be at a massive disadvantage, but because it’s a situation that happens so infrequently, I wouldn’t have a problem going this route.

GMs, coaches, and players may not find this idea as exciting as I do, though. 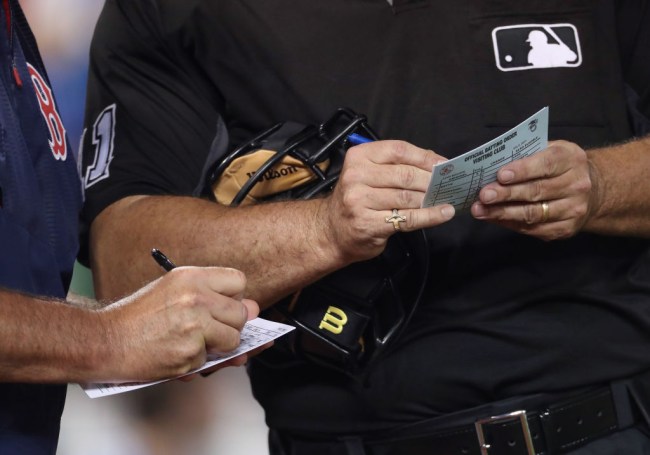 Even if you consider yourself a huge baseball fan, you have to admit the sport could use something to boost the excitement level and draw in younger fans.

Offense is a good way to do this but I also like the idea of offense brought about by good defense.

Baseball needs a version of the powerplay. I think the best way for this to work would be that if a team records three consecutive outs in an inning, the opposition would be forced to only use eight players when they have to take the field.

Obviously, no one would sit their pitcher or catcher but it’s still an interesting situation for a manager to deal with. Do you tighten up the infield and opt for only two outfielders or do you keep three outfielders but have only three infielders?

The idea here is that we’d see an increase in extra-base hits because of there being so much extra space to cover. Once that inning is over, we go right back to normal.

I see a lot of traditionalists hating this at first but I think the interesting managerial decisions and the extra offense would tip the scale in favor of most fans digging it. 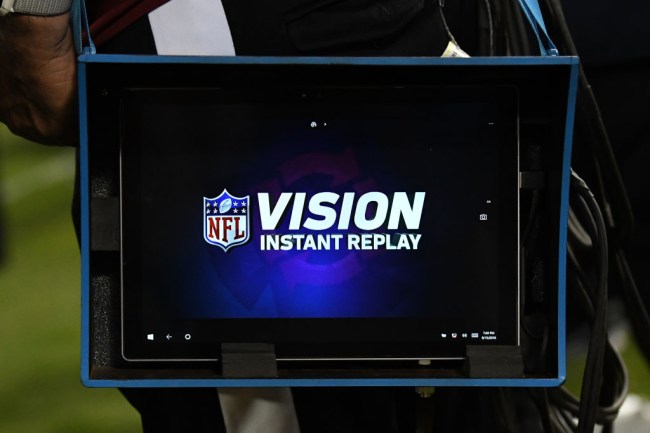 This is admittedly less of a rule change and more concerned with the fan experience but I kindly ask you to bear with me here.

There are a million times that I’ve been to a game and saw something happen that I wanted to see a replay of. I sit there waiting for it to appear on the Jumbotron only to be disappointed. Sometimes replays are even completely ignored in favor of a shot of a mascot winging t-shirts at fans.

Now that just about every sport utilizes replay to make calls, there are cameras everywhere. Why not give fans access to some of that footage?

The coolest way to do this would be to have a screen attached to every seat in the stadium or arena but it would cost a small fortune to retrofit them with that technology so I suggest we get an app going since everyone in the stands already has a smartphone on them.

Then, if you see something live—be it a hard hit, an amazing defensive play, or a fellow fan tripping and spilling a beer—you’d be able to rewatch it in all its glory. 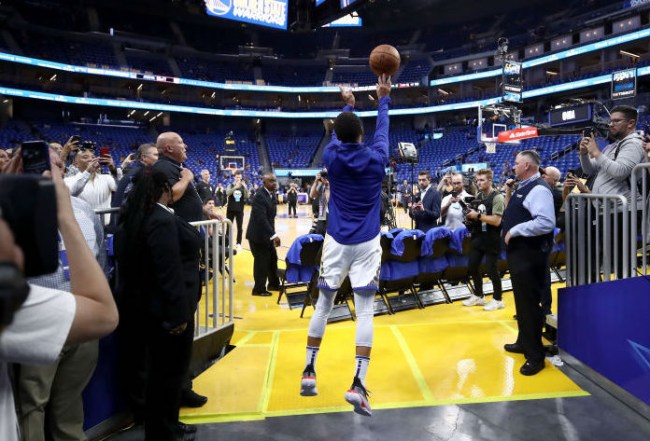 Basketball needs its own version of the shootout.

Soccer has had penalty kicks forever, and when the NHL returned after the 2004-2005 lockout, it brought about the shootout.

These days I think a lot of people hate shootouts but they didn’t at first. It was an exciting way to ensure that games didn’t end in a tie. Basketball needs its own version of this that fans will enjoy for about three seasons maximum before endlessly bitching about it and the answer has been staring us in the face for decades right from our driveways.

I’m talking about a little bit of H.O.R.S.E.

Here’s how it works: each team picks one player and they go head-to-head in an old school game of H.O.R.S.E. Hell, maybe it could be sponsored so it’s B.U.D.L.I.G.H.T. or (if that’s too long) V.I.S.A. or whoever wants to cough up the most bread for the naming rights.

This would allow some of the game’s best shooters to shine and it would even allow for a new breed of H.O.R.S.E specialists to emerge.

Like I said, fans will begin to hate this after a few years, but in the meantime, I would watch every single one of these game-deciding games of H.O.R.S.E.