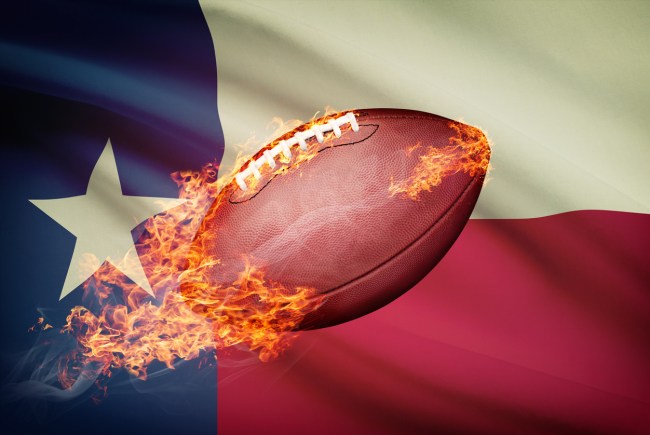 Daisy Garcia is stepping up as the interim head coach at Runge High School in Runge, Tex. and making history. She is officially the first female head football coach in Texas High School football history.

Garcia, 41, takes over for Stephen Davis, who was named the head coach in 2020 but resigned this past May. She served as the running backs and linebackers coach on varsity last season.

Although her promotion is historic and deserving of praise, she is quick to downplay the honor.

As of right now I am just helping with all the behind the scenes stuff. We are still searching for and AD. I am the point of contact nothing official! Just want what is right for all of our athletes.

In addition to her position coach role, Garcia was the head coach on the junior high level in 2020 and won its first game in many years.

Daisy Garcia on getting the opportunity to coach football at Runge. pic.twitter.com/1U9jM3tg1u

Runge is a small town located between San Antonio and the Gulf Coast with a total population of just over 1,000 people. The Yellow Jackets often make the state playoffs, but rarely compete for a championship.

Garcia joined the staff last season after coaching basketball, volleyball and softball at three area high schools. She had never coached football before but was quick to make a lasting impression on her players.

“You’ve got to be more stern,” she said to The Victoria Advocate. “You’ve to show them who’s the boss. And these guys have figured out pretty quick, ‘Hey, she doesn’t play.’ I’ll get in their faces just like the other coaches if I need to.”

Runge opens its season next Friday and it does not look like it will make a permanent hire by kickoff. Thus, Garcia will be the first-ever female coach to hold that title on the sidelines of a regular season game in the state of Texas.