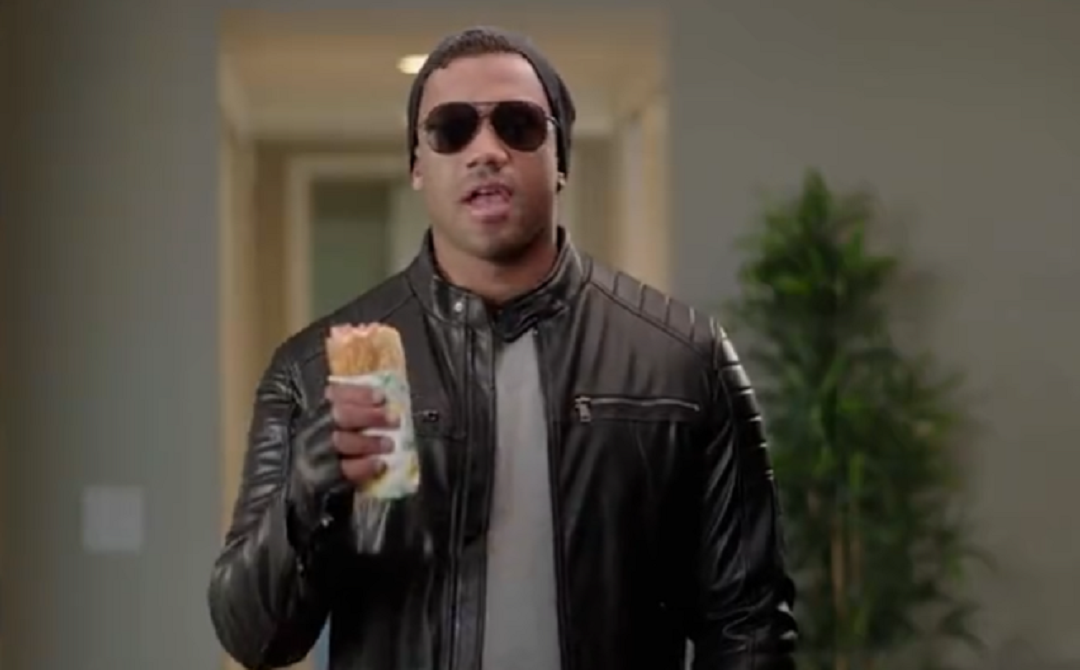 Russell Wilson’s old “Dangerwich” commercials are going viral, but it appears that the fun is over.

The Dangerwich was introduced back in February as part of the company’s ‘Vault” digital-only menu featuring sandwiches from several NFL players.

To celebrate The Vault, Subway is bringing to life the new menu on February 5, 2022 by offering thousands of football fans a chance to enter the Subway Vault and receive an autographed signature sandwich from three of the biggest names in the National Football League (NFL) – Marshawn Lynch, Russell Wilson and Trevor Lawrence – in Los Angeles at the Super Bowl Experience Presented by Lowe’s.

Fans who visit The Subway Vault at the Super Bowl Experience will have the chance to meet some of their favorite NFL superstars, including Marshawn Lynch, Russell Wilson, and Trevor Lawrence, and instead of receiving the usual sports memorabilia, the NFL players will sign their respective signature subs. In addition, fans can also tour The Subway Vault, a 1,600-square-foot immersive and multisensory experience that brings to life the creation of these new sandwiches.

Let’s take a closer look at the three new sandwiches that will be autographed at the Super Bowl Experience:

For whatever reason, fans just caught on to the ‘Dangerwich” after several of Wilson’s cringeworthy commercials from earlier this year suddenly went viral.

I might have to get the Dangerwich again today. pic.twitter.com/KPhNEAtY0X

Some fans were disappointed to learn that the Dangerwich was recently removed from The Vault menu.

BREAKING NEWS: Russell Wilson's "Dangerwich" has been removed from the Subway Vault after weeks of viral memes and backlash. pic.twitter.com/DPH56xXYOp

THEY HAVE REMOVED THE DANGERWICH.

We tried to order a Dangerwich ourselves and didn’t find it on Subway’s ‘Vault’ menu either.

We have reached out to Subway to comment on why the Dangerwich has been removed and will update this post when we hear back.