Dianna Russini Says Russell Wilson Is Not Happy In Seattle, Calls Have Been Made By Seahawks About Possible Trade 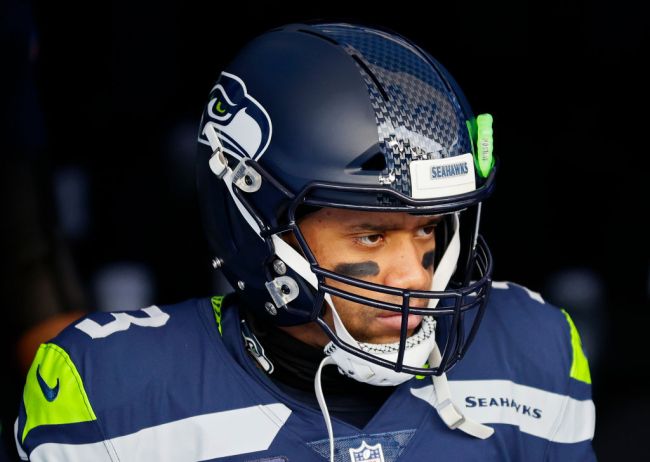 It’s become more and more clear over the past handful of weeks that the relationship between Russell Wilson and the Seattle Seahawks has reached a boiling point. This information about Wilson’s unhappiness in Seattle is being delivered to all of us by various reports from those within the NFL media, but according to the latest from ESPN’s Dianna Russini, all the reports are true about Wilson wanting out of Seattle.

Russini joined ‘The Pat McAfee Show’ on Thursday afternoon and dropped a bit of a bombshell.

“It’s a real thing. Russell Wilson is not happy [in Seattle]” Rusinni explained. “His agent is going to deny demanding a trade.”

While Russini said that she doesn’t since that Wilson has demanded a trade in the literal sense, she did share that calls have been placed about a possible move.

“I know there’s been calls made on both sides going to Seattle and from Seattle to other teams,” Russini said.

Clarification from @diannaESPN on players asking vs demanding a trade & how it's reported..

& a very interesting nugget on Russ Wilson & the #Seahawks

"I know there's been calls made on both sides. Going to Seattle & from Seattle to other teams" #PatMcAfeeShowLIVE pic.twitter.com/dAYT2ijcZt

The drama between the Seahawks and Wilson seemed to start when the franchise elected to fire offensive coordinator Brian Schottenheimer. Wilson reacted by taking his frustrations public and voicing his displeasures with the media.

Fast-forward a few weeks to the end of February and now we have a report from The Athletic, which Russini didn’t deny during her segment, that Wilson has presented Seattle with a list of potential trade destinations which includes the Saints, Dolphins, Raiders, and Jets.

It’s worth noting that Wilson has a no-trade clause in his contract, so he will have a say in where he gets dealt to, if in fact he gets dealt.

While it’s already seemed like a whirlwind between the two sides here, based on Russini’s reveal about calls being placed, it sounds like we’re just getting started here.