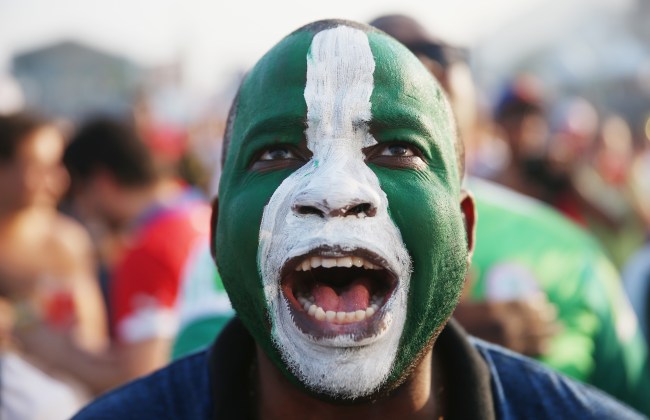 The world of sports is filled with weird superstitions and insane rituals, like Michael Jordan wearing his UNC shorts under his uniform during his time in the NBA or your dad refusing to get up from his lucky chair on the off chance standing up results in a devastating butterfly effect that could cost his team the game. However, I’m not sure anything tops what Nigeria soccer fans do to send positive vibes to the players on the field.

Supporters of the team dubbed “The Super Eagles” have flocked to Russia for the World Cup. and they’ll come out in full force when Nigeria faces off against Croatia in their first game up the tournament on Saturday. Unfortunately, they won’t be accompanied by the good luck charms they typically bring to games in the form of a bunch of live chickens.

According to The BBC, Russian officials have been forced to institute a policy banning Nigeria’s most fervent backers (and presumably any other fanbase that relies on poultry for good karma) from bringing chickens into the stadium with them. It appears so many people asked if they could bring chickens through the front gate that Andrei Ermak, the Minister of Culture in Kaliningrad, was forced to issue a decree stating their lucky animals aren’t allowed in stadiums.

Thankfully, all hope is not lost, as there will apparently be “chicken-friendly zones” scattered around the city, so they’ve got that going for them which is nice.

If only South Africa had done the same thing with vuvuzelas.