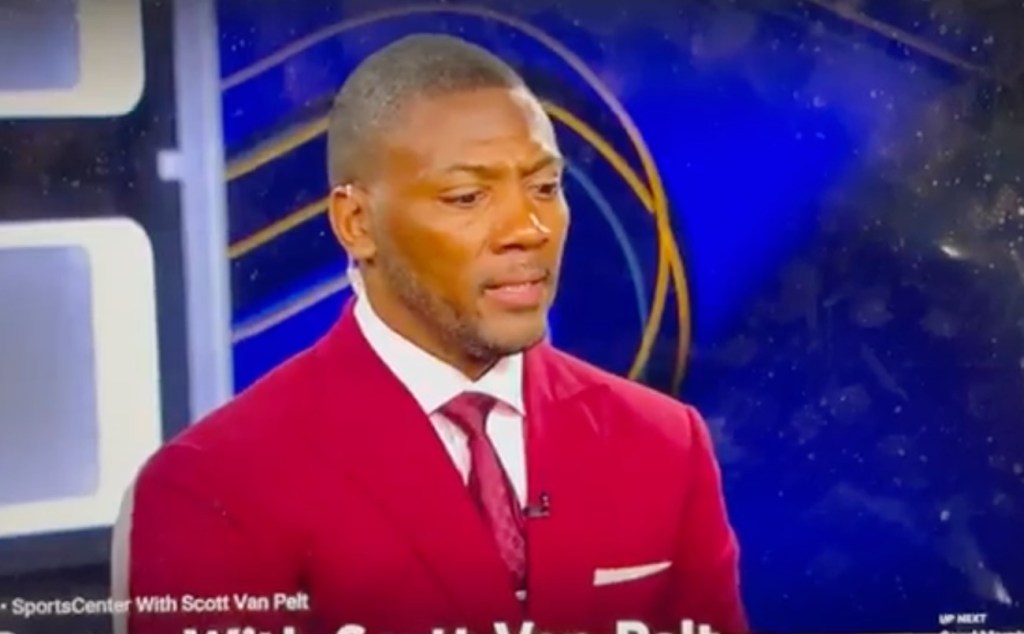 Bill Belichick is the greatest NFL coach of all time. He’s the GOAT. Any argument against Belichick as the GOAT could be put to rest years ago. The man has won 6 Super Bowls.

But there’s a big difference between calling Bill Belichick the Greatest of All-Time, the G.O.A.T., and actually comparing him to God’s work in the Bible. At least in the eyes of just about every person in America other than ESPN’s Ryan Clark.

Sure, you could get away with saying ‘Belichick, Gronk, and Tom Brady are like Gods in New England’ and nobody would think twice about it. That would imply these men are larger than life, which they are, but nobody would interpret that as Belichick is literally God’s equal.

On Monday night, ESPN’s Ryan Clark really dug in with this comparison of Belichick to God. Here’s what he had to say with reactions below:

In what could be the hottest take in the history of takes…Ryan Clark compares Bill Belichick to God. pic.twitter.com/uWguAbS8Ia

This really is the Mother of all Takes from ESPN’s Ryan Clark while speaking with Scott Van Pelt (reactions down below):

Ryan Clark is referring to God creating Adam and Eve in his likeness as the birth of humanity. That’s a SCORCHING hot take even on a night where Bill Belichick beat the Buffalo Bills when his QB Mac Jones only threw 3 passes throughout the entire game. Naturally, NFL fans were bewildered by this comment but everyone on Twitter seemed to unanimously agree that ‘most’ Patriots fans would agree with this take.

Ryan Clark just compared Bill Belichick to god. And it was a fair comparison.

ESPN: We don’t do politics

Ryan Clark on ESPN: Bill Belichick is like God according to The Bible@ESPN: We see no issues with this https://t.co/W7V2HE0DJE

He doth walk in the shadow of darkness though

Our Father….who art in Foxboro…. How he will win this game…

Ryan Clark is on one lately. Said Mac had the best intangibles of any QB in NFL history and now compared Belichick to God??

God heard you talking about his football record last night. 😂

When somebody asks @Realrclark25 if Bill Belichick is God, he says YES!!! pic.twitter.com/f3GNsI33jw

It’s important to remember that all of these reactions on Twitter are jokes. They’re not intended to be serious, unlike Ryan Clark’s straight-faced comparison of Bill Belichick building the New England Patriots like God did in the Bible.

For his part, Ryan Clark followed up with this:

A lot of people online didn’t find anything entertaining bout what Ryan Clark had to say and thre’s a lot of vitriol being sent his way for bringing God’s name onto SportsCenter in a discussion about football. I didn’t include all of those reactions here because some of them are pretty nasty but you can easily find them on Twitter if you’re looking.