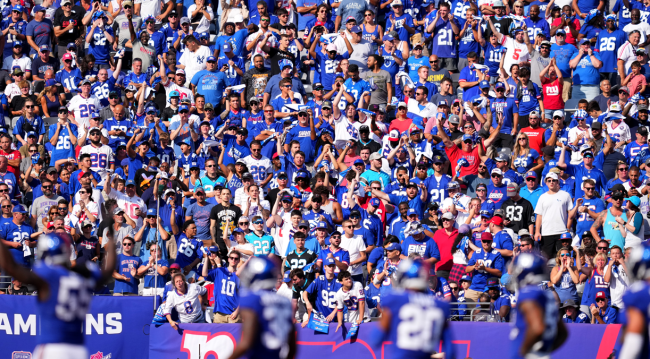 With five minutes and 31 seconds left in the third quarter of Monday night’s game the New York Giants looked like they were going to stay atop the NFC East and move to a surprising 3-0 on the year.

Running back Saquon Barkley had just broken loose for a 36 yard touchdown scamper and the men in blue led the Dallas Cowboys 13 to 6.

To that point, the Cowboys, being led by future NFL quarterback great (at least according to Jerry Jones) Cooper Rush, making just his third NFL start in five seasons, hadn’t been moving the ball with very much success.

Naturally, after Barkley’s touchdown run, Rush led the ‘Boys on a 75 yard scoring drive, culminating with a Ezekiel Elliott one-yard TD run, to tie the game at 13 with three quarters in the books.

Another 89 yard scoring drive in the fourth quarter, capped by a one yard, one handed touchdown reception by CeeDee Lamb, and the Cowboys jumped in front, never to lose the lead the rest of the game.

After the game, Barkley, while discussing wide receiver Sterling Shepard suffering a knee injury during the contest, said he was like, “What the heck is happening?”

It was a feeling shared by many Giants faithful Monday night, including this man…

You gotta support the team pic.twitter.com/XzGfqJMYNK

He also led to a plethora of A+ memes and jokes, especially following the Giants’ loss to Dallas.

Giants fans after losing to the Cowboys 😐 pic.twitter.com/bBSowmHG6Y

Nice use of The Fresh Prince of Bel Air there.

I like to think about this guy calmly sitting in traffic on the ride home pic.twitter.com/cC4XXzbH9r