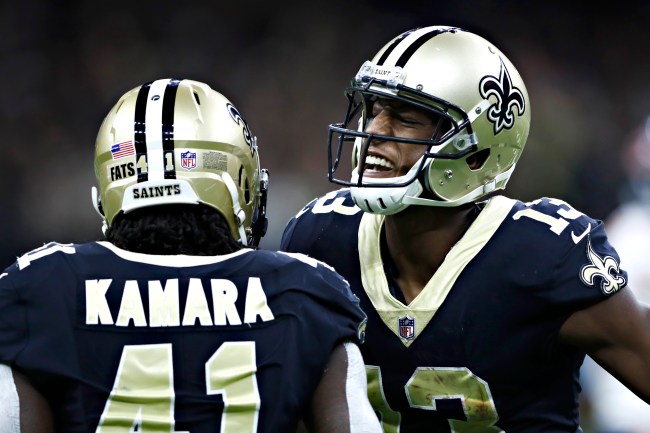 It seems like just yesterday the Minnesota Vikings beat the New Orleans Saints in one of the greatest endings since Danny O’Shea’s Little Giants bested his physically superior older brother Kevin’s Cowboys. The Minnesota Miracle reinforced why we spend so much time, money, and stress on the great game of football. You simply couldn’t script a more compelling ticket punch to the NFC Championship. And with Super Bowl LII in Minneapolis, Minnesota this year, many believed the the Vikings were destined for their first Super Bowl appearance since the 70s.

Buttttt, sports is a two-sided coin. On one side, you score of of the most electrifying touchdowns in league history and on the other side, you lay an egg and get laughed off the field. Sports, a fickle bitch.

The Saints had to watch the team who just ripped out their souls get bamboozled 38-7 in the NFC Championship, and some Saints players thought it to be in good taste to take a shot at them.

And then defended himself to a fan with the stupidest possible logic.

One game further than you'll ever get

Alvin Kamara was a fan.

This shit is the common man’s equivalent of getting knocked out and then talking shit after your bigger, stronger friend knocks out the dude who leveled you. Weak sauce.

Although I will say Kamara’s roast on a fan following the loss last week belongs in a museum.

Imagine your soundcloud link bein in your bio for 7 years then BOOM, nobody clicks I️t 😕 https://t.co/iNdCw4yIbT