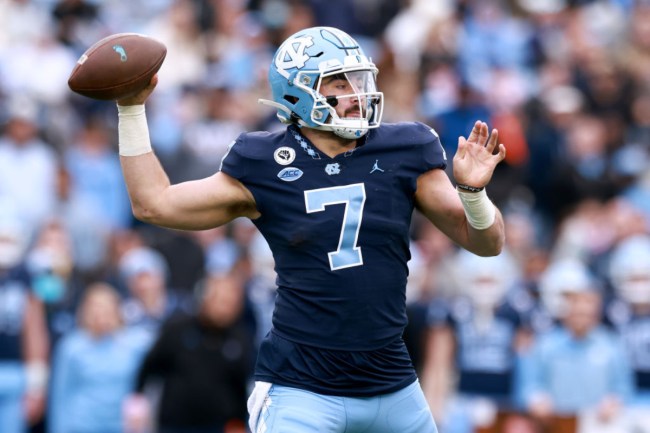 Sam Howell, like every other player that’s ever been drafted into the NFL, defied tremendous odds to get to the professional level. Howell’s NFL journey could very well be one of the most impressive of all time, however, given his non-existent history with two foods.

According to NBC Washington’s Grant Paulsen, the new Washington Commander has never eaten steak or tried a burger.

I just found out Sam Howell has never eaten steak or tried a burger. This could be all we talk about for the rest of the day.

He's not vegetarian. He loves chicken. He refuses to try steak or a burger.

I find it hard to believe – no, I find it impossible – that Howell has never eaten a steak or a burger.

No American that ever stepped foot in a school, whether we’re talking elementary school or a college dining hall, could avoid at least tasting a burger.

Howell showed up to cookouts and never once ate a steak or a burger, just stuck with chicken? And we’re finding this out now after Washington used a fifth-round draft pick on him?

Talk about a tough scene for the Commanders.

This is legitimately insane. Can't trust the man https://t.co/v9UjqtjD8M

I’m gonna have to kick him out of the family https://t.co/1eJie9phLB

This would've been massive in my evaluation of Sam Howell. He would've dropped down my QB Rankings to the Undraftable, Unsignable tier https://t.co/dSDD6Xf7aU

I can’t trust a man to lead my team who’s never had a bacon cheeseburger or a New York strip/Porterhouse medium. https://t.co/TPlRjJGA14