College Football Player Changes His Last Name To Honor His Stepdad Who Raised Him And Weird, It Just Got Dusty In Here 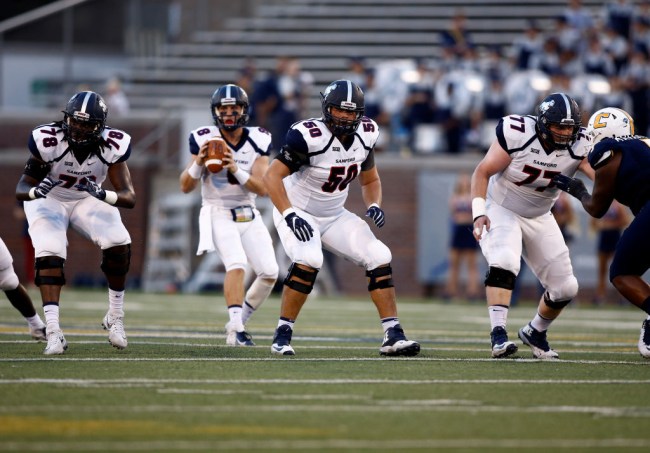 Each and every college football season we get incredible feel-good stories and every year we think to ourselves that nothing can top that story, but every year we’re wrong.

We also cry like babies at these videos, that’s part of the package when being a sports fan.

You may want to grab your tissues at this point or go to the bathroom so your co-workers, friends or family don’t see you cry in a few minutes.

This season’s No. 1 tearjerker comes from Samford University and offensive lineman George Grimwade.

George was raised by his stepfather Michael Musto and his mother Michelle after they married when George was in the second grade. He explains that he refers to Michael as dad and since he didn’t have a son of his own to carry on his name he decided to change his last name to Musto.

In the video, George explains just how much his stepdad means to him and reveals the name-change via the new name on the back of his jersey. Again, warning, it’s an emotional video, to say the least.

For one 🐶, Family Weekend meant just a bit more.#AllForSAMford🐶🐾 pic.twitter.com/urRXQAEF6V

“You know how much I love you, right? And how you’re my world?”