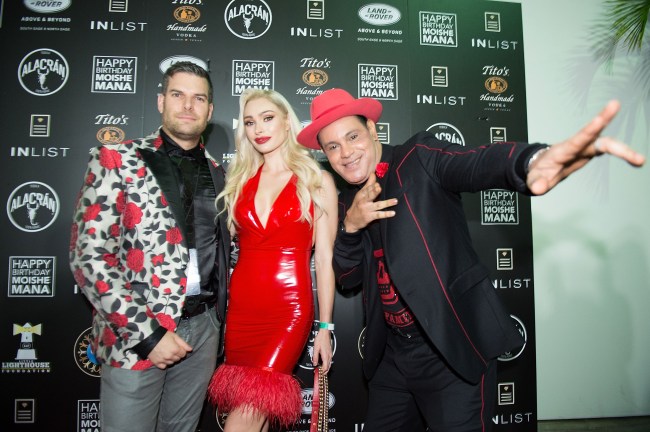 Sammy Sosa was one heck of a baseball player. The right-handed hitter finished his career with 609 home runs which puts him at 9th on the all-time list of Most MLB Home Runs. He had over 2,400 hits, more than 1,600 RBIs, and he finished with a career batting average of .273. Sammy was a 7x All-Star and twice led the National League in home runs (1998 MVP). Pretty much the only thing he didn’t accomplish in the game of baseball is to win a World Series.

If you’ve seen photos or videos of Sammy Sosa in recent years then you know that he looks drastically different from how he looked during his time playing baseball. It’s not that he gained weight and ballooned after retiring from baseball, it’s that his skin suddenly changed to 100 shades lighter (it’s like the color of talcum powder). He’s also started wearing outrageous outfits with bedazzling. But, Sammy Sosa wants you to know he DGAF what anyone thinks. For reference, here’s what Sammy Sosa looked like last Summer:

In a new profile from Sports Illustrated which was published this week, Sammy Sosa speaks up about criticism of his lighter skin tone and he wants everyone to know he doesn’t give one fly fart about what they think:

He looks different from the man whose every plate appearance late in the summer of 1998 was a public spectacle as he slugged his way to 66 homers, just behind McGwire’s 70. His skin tone is lighter, the source of much confusion, speculation and ugly rubbernecking. (Deadspin: SAMMY SOSA IS A TERRIFYING VAMPIRE.) Sosa professes not to care. “Look at what I am today,” he says, motioning a hand toward the opulence around him. “This is my life, and I don’t take garbage from nobody. I do whatever I want.”
…
…
…
“It’s a cream that I have, that I use to soften [my skin], but has bleached me some. I’m not a racist. I live my life happily. … What happened was that I had been using the cream for a long time and that, combined with the bright TV lights, made my face look whiter than it really is. I don’t think I look like Michael Jackson.” (via)

Here’s what Sammy Sosa Jr. had to say about his father’s appearance:

“It doesn’t affect him, but I’m sure he feels a certain way,” the 21-year-old told the magazine. “Like, ‘Man, I gave so many years and so much hard work for you guys, and now you want to undermine all that because of some decisions I’m making — some personal decision that don’t affect you at all?” (via)

He’s living in the UAE with his wife and their six children. He’s got his permanent residence there for business purposes but he also has homes in Miami and Santo Domingo. By the way, Santo Domingo is where Sammy went back home after his first season in the majors to live out a common fantasy:

When Sosa was 20, after his first season in the majors, he brought $40,000 in cash back to the D.R. and laid it out on a bed so his family could take turns jumping into the lush pile of green. (via)

If that’s not living the dream then I don’t know what is. Pouring out a pile of cash on the bed so everyone can take turns jumping in it and laying in the money. I’m not sure what denomination of bills he used, $1, $2, $5, $10, $20, or $100. I’d suspect that you’d have to use $100 for something like this but that means there were only 400 bills which might not have seemed like a ton. Now that Sammy Sosa’s worth somewhere around $70 million I hope he has revisited this with just an entire room of $100 bills like Scrooge McDuck.

I encourage you to read the full profile on Sports Illustrated by following that link. (h/t US Magazine)