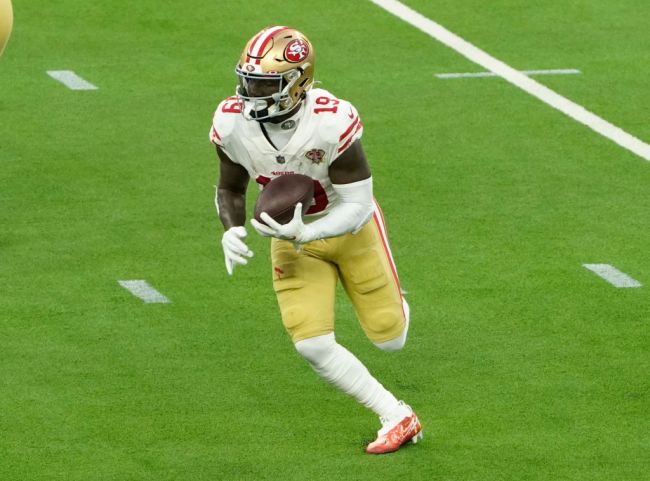 Last night’s NFL draft was loaded with trades with big implications. The Lions traded up 20 spots to land Jameson Williams. The Cardinals traded their 1st round pick for Hollywood Brown. The Eagles traded one of their 1st rounders for AJ Brown. In total, there were 9 trades made last night involving draft picks.

It turns out the draft could have had even more chaos in round 1. According to NFL insider Ian Rapoport, the San Francisco 49ers received trade offers from the New York Jets and Detroit Lions for Deebo Samuel, but rejected both.

Both the #Lions and #Jets made trade offers for WR Deebo Samuel but the 49ers didn't want to accept them, per @RapSheet on the @PatMcAfeeShow

The #Jets offered the 10th overall pick and a pick swap for Deebo – #49ers said no.

These decisions seem to be right in line with reports about what exactly it is the 49ers are expecting in return for Deebo. It had been reported that their asking price was 2 1st round picks. Neither of these offers would have met that requirement. However, it seems unlikely the offer they’re looking for ever actually comes.

Neither Davante Adams nor Tyreek Hill landed their teams 2 1sts in their trades. Last night, Hollywood Brown had to be packaged with a 3rd rounder to get the pick 23 for the Baltimore Ravens. Perhaps worst of all for the 49ers, AJ Brown was traded for just a 1st and a 3rd last night.

You could argue that Brown should actually have more value on the trade market than Deebo. He has had a more consistent career, topping 1000 yards twice and has never dipped below 869 yards. He is also almost a year and a half younger.

We haven’t heard anything from Deebo backtracking on his desire to leave and the trade compensation options just seem to be getting worse for the 49ers. We may soon reach a point where the 49ers will need to begin considering offers that don’t quite reach their trade demands.