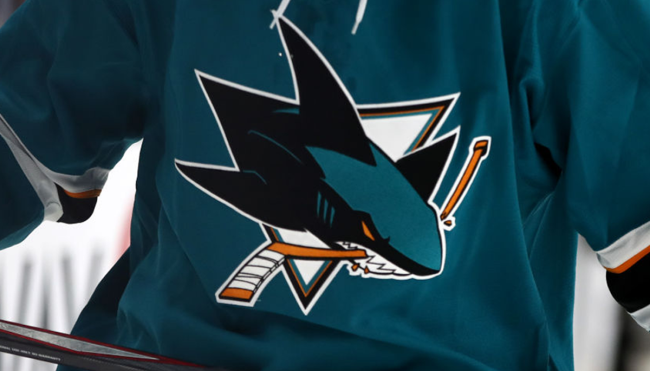 June is an absolutely huge month for The Brands that have a 30-day window to seize multiple opportunities to let the world know they care about vital causes with incredibly brave posts on social media accounts with a rainbow logo that will magically revert back to normal once July 1st rolls around.

I should stress that I’m not trying to be an Aubrey Huff here. There’s nothing inherently bad about faceless corporations using their massive platform to call attention to objectively important issues, but with that said, the thirst to broadcast how woke they are to the world can create some absolutely nightmarish cringe.

This is especially true after companies suddenly discovered the existence of Juneteenth last year, which gave them the chance to supplement marketing campaigns commemorating Pride with pushes related to when slavery effectively ended in the United States on June 19th, 1865.

On Wednesday, the San Jose Sharks decided to get in on the Juneteenth action when they posted a graphic of, um, a great white breaking through chains. When the team sent out the same image last year, it went largely unnoticed, but unfortunately for them, that was not the case this time around.

PLEASE tell me this wasn’t a real tweet pic.twitter.com/UZrclClYtu

Ah, yes. Who could forget in the history books when sharks broke the shackles of slaves! pic.twitter.com/A7A26gfdTo

Yeah I don’t know if that’s the best way to celebrate Juneteenth.

Thank you to the San Jose Sharks for abolishing slavery #Juneteenth pic.twitter.com/MWEIqWMuhp

If any of my friends are looking for work as a social media coordinator, my guess is the San Jose Sharks will have an opening in the next day or two. pic.twitter.com/aFu7cQ2qnN

NHL: With all of the madness in the NBA today, the Euro and sticky stuff in baseball, nobody is talking about hockey right now.

As The Wrap points out, the graphic was designed by a Sharks employee named Mohamed Fofana, who whipped up the graphic last year to raise funds for San Jose’s African American Community Service Agency. The team quickly realized positioning it as wallpaper for your phone wasn’t the best way to pitch it, and after deleting the tweet, they posted a mea culpa.

There are many ways to celebrate #Juneteenth this weekend and we look forward to celebrating with you all by seeking ways to learn and better understand.

We encourage you to engage with our growing list of resources and even share your own with us!https://t.co/LKtd16wwCa

Say what you will about the tweet itself, but at least they resisted the urge to use the Notes app for the apology.