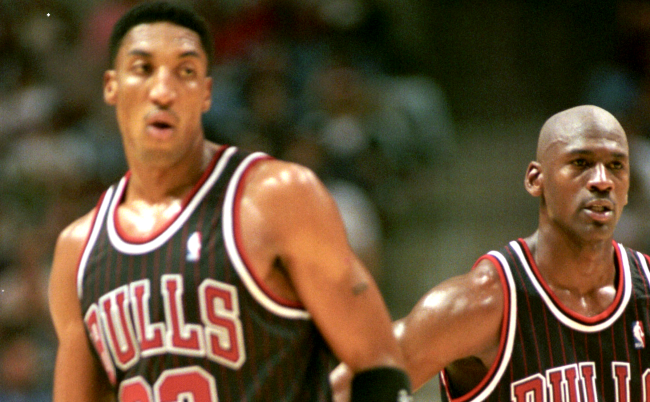 Scottie Pippen should just go ahead and change his name to Salty Pippen based on the number of negative things he has to say about, Michael Jordan, his former teammate on the six-time NBA champion Chicago Bulls.

It’s certainly easy to understand why he might be a little salty about how he was portrayed in The Last Dance. Pippen was reportedly livid, wounded and disappointed after it aired.

However, it’s been over a year since The Last Dance was on ESPN and Scottie is apparently only getting started with revealing just how much he disliked his portrayal compared to that of his former Bulls teammate Michael Jordan.

The latest excerpt to come out of Pippen’s new memoir, Unguarded, makes that very clear.

“I may go as far to say Mike ruined basketball,” Pippen wrote. “In the 80s on the playgrounds, you’d have everyone moving the ball around — passing to help the team. That stopped in the 90s. Kids wanted to be ‘Like Mike.’ Well, Mike didn’t want to pass — didn’t want to rebound, or defend the best player. He wanted everything done for him. That’s why I always believed LeBron James was the greatest player this game has ever seen — he does everything and embodies what the game is truly about.”

That’s quite an about face for Pippen. It was less than two years ago that Pippen said LeBron lacked the “clutch gene” and that Michael Jordan and Kobe Bryant were better players.

Then again, as Charles Barkley, who Pippen also takes aim at in his memoir, told Dan Patrick, “Scottie’s just trying to sell books.”

"I feel bad because it seems like he's trying to go big game hunting cause he's selling a book."