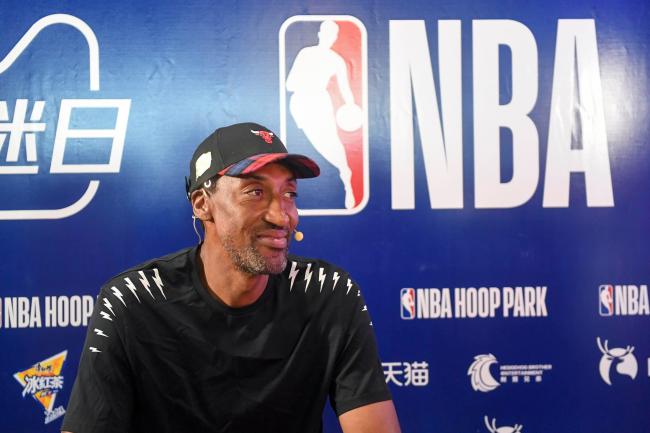 I’m not sure when it happened, but, at some point, Scottie Pippen became the ultimate NBA Boomer. It sort of makes sense when looking back at Pip’s entire NBA career, with the Hall of Famer being treated like the Rodney Dangerfield of all-time greats: Despite his six titles, he don’t get no respect. So if he’s bitter about how he’s perceived, it’s no wonder he’s taking shots at the current state of the league — even recently attacking LeBron James for not proving he can lead a team by himself. Wow.

The Chicago Bulls great continued that narrative recently during a feature with Business Insider, too, talking about how the NBA Bubble is pretty much a crock of shit and that the contests are nothing but glorified pickup games. No, really, Pippen said that; just take a look.

Well, I’m going to be honest. It’s not NBA basketball. It’s not the hard grind. It’s not the travel. It’s not the fans. It’s not the distractions. Really, to me, it’s pickup basketball. It’s going to the gym. Yeah, you already got your team. Y’all practicing together. But it’s a more of a pickup type of basketball game, because there’s no fans in the stands. So there is no distraction. There’s no real noise. There’s no pressure on the players, you know. Prime example: I looked at Rondo. Rondo ain’t made three pointers in his whole NBA career. Now, all of a sudden, he’s in a bubble, he’s probably a 50% three point shooter. I haven’t even checked the stats.

But that’s just something that I consider making the game so easy, because Rondo can’t score inside of an arena, when you got depth perception. Like, there’s a whole lot of things that make the NBA hard. The bubble makes the NBA easy to me. There’s no travel. That’s the killer itself. So you’re sleeping in the same bed every night. You’re walking to the gym. You’re not having to go with a 25 to 50 minute bus ride to an arena. You’re not having to probably even sit in the arena for two hours before the game, talk to the media, deal with all the outside stuff that they’re trying to pull you in to make some distraction and, you know, throw the team in a loop. So it’s a different game, but it’s very entertaining.

Look, I’m going to tread lightly here, because I’ve got the ultimate respect for Scottie Pippen and his career, but, good lord, this guy is an absolute troll. Not sure why, but Pip seems to think his career was inferior to everyone else’s, and often cites how much more competitive teams were and how much more difficult it was for he and his Bulls to win those six titles in eight years. Forget the fact that Pippen played alongside the GREATEST BALLER EVER, Michael Jordan, because that’s just a side note — at least, as it seems, in his mind.

While Pippen brings up some interesting points about the NBA Bubble, forget traveling from city to city and staying in plush hotels, because being isolated on a campus and away from the rest of the real world is a total mindfuck. Hell, even LeBron James said the bubble has been the most challenging thing he’s had to deal with in his career — which is really saying something considering he rose to stardom as a damn high school phenom.

So, sure, Scottie Pippen can sit back and talk shit about the current state of the NBA, but that doesn’t mean he’s right. In fact, I’d argue that the NBA champ this year may have had it harder than previous champions because of the bubble. But, hey, what do I know?