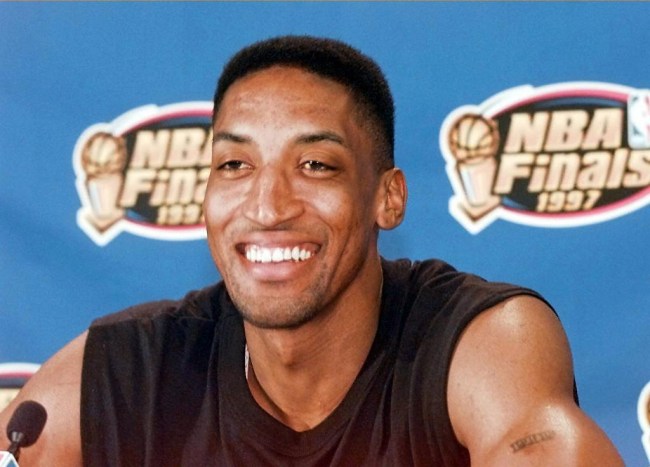 Scottie Pippen and fidelity go together like toothpaste and orange juice.

The six-time NBA champion and his second wife, Larsa, ended their marriage of 19 years after reports began circulating that cheating dismantled the relationship. While Larsa made headlines by cozying up with rapper Future, sources close to the situation claim that Scottie struck first, having an affair with a Sports Illustrated model.

Now, Pippen’s ex-sidepiece is suing the six-time NBA champion for $9,999, “the maximum allowed in small claims court,” claiming she spent much more in travel expenses to meet up with the Bulls star between 1987 and 1993.

According to documents obtained by The Blast, a woman named Chyvette Valentine claimed to visit Pippen in-season when he was on the road with the Bulls, racking up astronomical tabs for hotels, cars, gas, food, parking, etc, all while operating under the promise that Pippen would reimburse her.

Valentine claims she was Pippen’s first girlfriend when he moved to Chicago and she had no idea that he was married Karen McCollum for a two year period during their tryst. Pippen and McCollum even had a son, Antron, together in 1987, the year Pippen and Valentine allegedly began the affair.

Valentine says she had been suspicious when she saw cases of baby formula in Pippen’s house during one visit but claims he told her they were for his sister.

She says he finally came clean when they were slapping skins on Valentine’s Day of 1988.