Should Sean Payton Feel Flattered Or Insulted That Kevin James Is Portraying Him In A ‘Bountygate’ Movie? 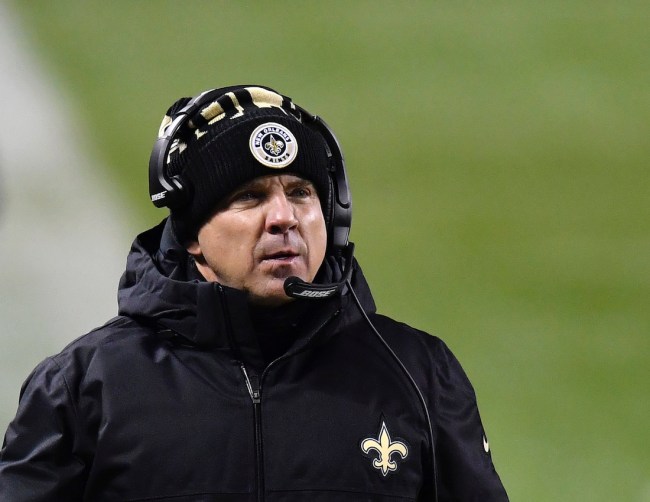 Remember when Sean Payton was suspended for the entire 2012 NFL season after his team, the New Orleans Saints, took part in what was known as “Bountygate”, where it was discovered that defenders would be rewarded by coaches for playing a little extra dirty and intentionally injuring opposing players? It was a barbaric strategy, and one that sort of stained the reputation of the 57-year-old head coach for a few years.

While Payton survived the scandal and has repaired his image over the past decade or so, football fans will have a reminder of how crazy Bountygate really was, as Hollywood is making a movie about the Saints’ controversy. And portraying Sean Payton in said movie? Kevin James, who’s best-known for his time as Doug Heffernan in the show The King of Queens years back.

According to Peter King’s weekly FMIA column, the 55-year-old James was tapped by Adam Sandler‘s production company Happy Madison, which is making the Bountygate film. See some of the details from King below.

[Kevin] James is going to play Sean Payton in a Netflix movie called “Home Team,” produced by Happy Madison Productions. (Sound familiar? It’s the Adam Sandler company.) Imagine this: The plotline begins in 2012, when Payton is suspended for the season by commissioner Roger Goodell for the Saints’ bounty scandal, which gives Payton the chance to re-assess his life and put it in some perspective. As part of his new life, Payton becomes the offensive coach for his son Connor’s sixth-grade football team, the Warriors, in the Dallas area. (Thus, the “Home Team” title of the flick.) Filming of the movie begins this year. Payton read the script recently, made some corrections, and here it comes. My one thought about casting: James is going to need to lose a few pounds to play Payton.

Is anybody else really confused about the pick for Sean Payton’s character, or am I the only one wondering why Kevin James got this role in the movie? Like, no offense, but James doesn’t necessarily strike me as a good candidate here, with a guy like Kevin Bacon actually more appropriate given his resemblance to the New Orleans Saints’ head coach. Then again, James is good buddies with Adam Sandler — with the two starring in movies together like I Now Pronounce You Chuck & Larry and Grown Ups — so it seems like the Sandman’s just helping his friend out.

As for the apparent plot of the Bountygate movie, I guess it’s interesting (if not a little cheesy). Instead of getting a serious flick about the ins and outs of the slush fund set up by the New Orleans Saints’ coaches years ago, we get a feel-good story about Sean Payton coaching Pee-Wee football during his year away from the NFL. Seems… weird.

I wonder how Payton feels about James being picked to portray him, and if he’s taking part in giving suggestions for the movie or just sitting back and letting Sandler do his thing? Here’s to hoping the Saints’ coach has a little input, otherwise, the entire movie seems like a waste of time. Like, why even relate it to Bountygate if Payton doesn’t have a small cameo? Kevin James could just be a youth football coach without the ties to the Saints, right?

Sean Payton became the first coach in NFL history to be suspended for any reason because of his part in Bountygate. Instead of getting some serious story about how messed up the idea was, we get a Kevin James-led flick that’s supposed to be fun for the whole family.