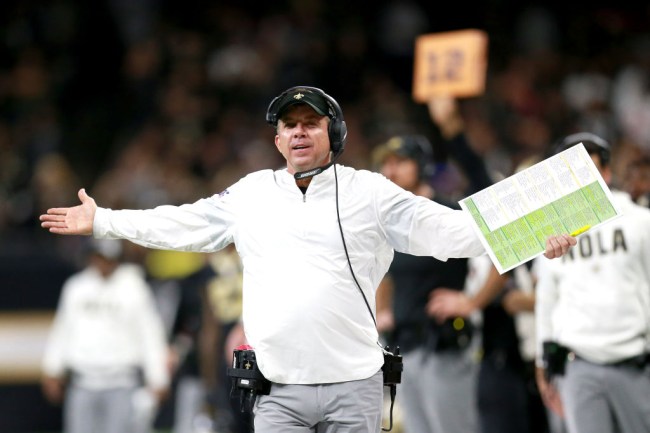 Brandon Marshall had a short, one-month stint with the Saints during the 2018 season before the franchise elected to release him and that may still be heavy on his mind based on the conversation he had on ‘First Take’ on Thursday.

Marshall joined Stephen A. Smith and Max Kellerman to discuss Tom Brady and the Bucs – because that topic definitely hasn’t been talked into the depths of the Earth already – but he also chimed in about the Saints.

The former Pro Bowl wide receiver is not high on the Saints.

Payton saw the clip on Twitter and decided to respond with the classic GIF of Zoltar the fortune teller from ‘Big.’

Payton hasn’t been shy on Twitter lately. Not only did he respond to Marshall, he also buried the Falcons, their new uniforms and the franchise’s worst moments in history.

Marshall guaranteeing the Bucs to win the NFC South isn’t necessarily a bold prediction, but seeing as how they haven’t won the division since 2007 and Drew Brees is still the quarterback in New Orleans, that’s a ‘I’ll believe it when I see it’ situation.