One Team Is Emerging As A Front Runner For Sean Payton 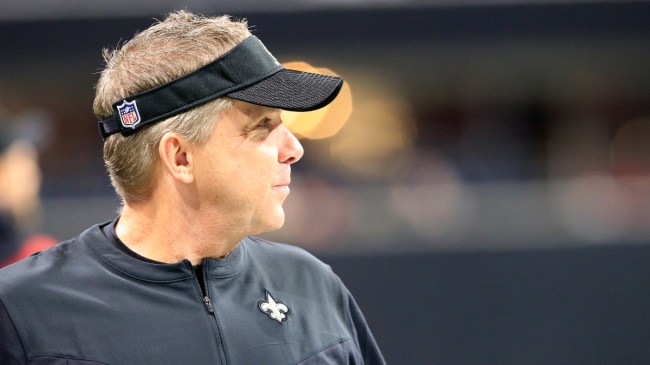 Former Super Bowl-winning New Orleans Saints head coach Sean Payton will have a second interview with the Denver Broncos this week, according to a new report from Jeff Duncan of the New Orleans Times-Picayune.

In addition to the Denver Broncos, the teams that are reportedly interested in acquiring Payton’s services are the Carolina Panthers, Arizona Cardinals, and Houston Texans.

Given the struggles of the Texans, they’ve largely been eliminated from contention, while the Broncos and Panthers — who have the most spending power in the league thanks to their new owners being the leagues’ richest — have emerged as the favorites in recent weeks.

Given the fluidity of the situation and the number of moving parts involved, things could change on a whim, so take that into consideration while trying to handicap this race. But right now, the Broncos appear to be the frontrunners for the former New Orleans Saints head coach.

The courtship between the coach and Broncos has been strong from the start and could be nearing a resolution. Sources said Payton has scheduled a second visit with the Broncos on Wednesday in Denver as team officials there conduct interviews with finalists this week. [via New Orleans Times-Picayune]

Given that he’s still under contract with the New Orleans, any team that hopes to acquire Payton is going to have to send some assets to the Saints in return. Reports have indicated that the Saints are seeking a “first-round pick and more” in exchange for Payton’s contract.

If Payton does wind up with the Broncos, he’ll be tasked with resurrecting the career of Russell Wilson, who played so poorly this season that it’s completely changed the narrative around his abilities as a player.

Despite still being 34 years old (which certainly isn’t aggressively old for a quarterback in the NFL these days), many NFL fans are wondering if Wilson is legitimately washed and will never recapture his former Super Bowl-caliber level of play.

RELATED: Sean Payton Reveals One Major Factor That Will Determine His Next Head Coaching Stop