Seahawks Fans Are Fuming About Their 6:30 AM Kickoff Time In Germany 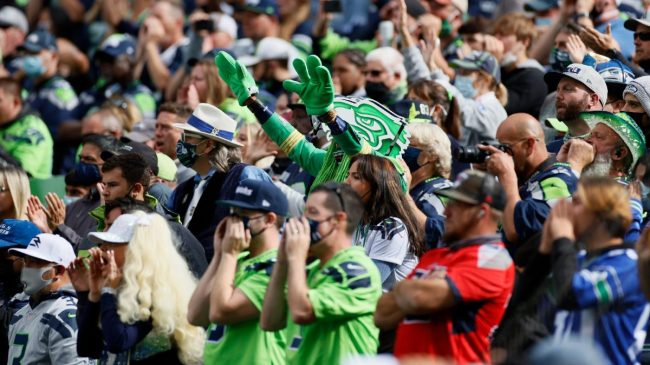 It’s not been the best year to be a Seahawks fan.

Over the offseason, the team made the decision to go full rebuild mode when they dealt Russell Wilson to the Denver Broncos. Arguably the best player in team history, Seattle is losing a nine-time Pro Bowler and a Super Bowl champ.

It now looks like Geno Smith and Drew Lock will battle it out for the starting role with the Seahawks choosing not to pick a passer in the NFL Draft.

Defensive leader Bobby Wagner is also gone meaning it could be a long year for the team.

The Seahawks received more news on Wednesday with the NFL announcing that they’d be one of two squads playing in the first ever game in Germany. Unfortunately, they didn’t get the luckiest of draws in regard to their competition.

The foe? None other than Tom Brady and the Tampa Bay Bucs.

Not the best matchup for a team working in new options at key positions.

But the opponent isn’t what has Seattle fans most upset.

With the game slated to be played in Germany, the kickoff time will be pushed up. We’ve already seen this with games being played in London.

Unfortunately, with the Seahawks being on the West Coast, that early start will affect them even more.

The game is slated for a 9:30 AM EST start, meaning folks out west will have to be up by 6:30 AM to see the opening kick, let alone tuning in for a pregame show.

As you could imagine, Seattle fans weren’t thrilled.

Watching Tom Brady put up 400 yards and 5TDs on my team at 6:30 am https://t.co/NeWQHgKEq1 pic.twitter.com/2DrgMwnnV3

Hyped for the 3am pregame show https://t.co/nMfK6ZxQI7