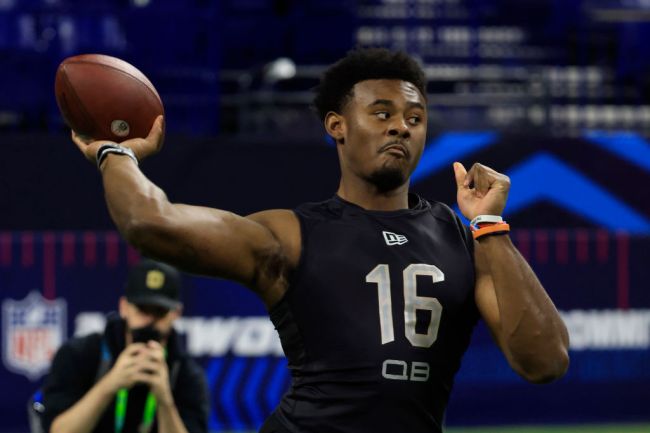 There were plenty of surprising moments in last week’s NFL Draft. Hollywood Brown and AJ Brown were traded. A ton of draft picks changed hands. The Patriots made some truly baffling picks.

Most surprising of all, though, was the way most of the drafts quarterbacks tumbled down draft boards. After the Steelers took Kenny Pickett with the 20th pick in the draft, we didn’t see another quarterback drafted for two rounds. In spite of QB needs around the league, Malik Willis, Desmond Ridder, Matt Corral, and Sam Howell tumble down draft boards.

Now we know why one of the NFL’s teams with the biggest need at quarterback allowed one of these QBs to continuously slide past them. According to Seattle Seahawks reporter Brady Henderson, the Seahawks don’t believe Malik Willis is close to NFL ready.

A look at the Seahawks' quarterback situation after not adding one in the draft, how that decision mirrored their 2011 approach, and some intel on what went down in the first round: https://t.co/T98pQIU0e1

Malik Willis was a popular mock pick for Seattle at No. 9 overall. The Seahawks passed on Willis four times before he was taken 86th overall — feeling he was nowhere near NFL-ready, according to one source — and didn’t think enough of the other quarterbacks to take one with any of their nine selections.

After repeatedly passing on Willis and the rest of this year’s quarterback class, it seems like the plan for the Seahawks is to hope they wind up in position to grab a quarterback early in next year’s draft. That quarterback class is expected to be much stronger and the Seahawks only have Jacob Eason and undrafted rookie Kaleb Eleby under contract beyond this season.

Luckily for Willis, he’ll have some time to become NFL ready with the Titans as Ryan Tannehill will be the starter for at least one more season and possibly two. Once the Titans decide it’s his time to take a shot at the starting job, we’ll learn whether or not the Seahawks were correct in their evaluation of Willis.