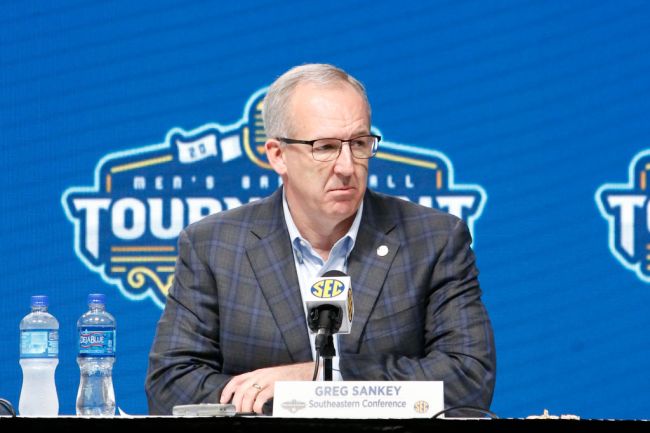 It has been 365 days since the sports world came to a screeching halt. Do you remember where you were when Rudy Gobert tested positive? When the NBA suspended its season? When players were pulled off of the court at halftime of NCAA conference tournament basketball games?

Now, a year later, we are still dealing with the ramifications of the COVID-19 global pandemic. Duke’s season came to a close this morning as the Blue Devils withdrew from the ACC Tournament due to a positive result within the program, stadiums remain at limited or no capacity, and we continue to embrace a lot of things that would have seemed unthinkable at this time last year.

As sports personalities, figureheads and fans reflect on a strange day in world history, Southeastern Conference commissioner Greg Sankey shared his notes from Thursday, March 12 on Twitter. It was the second day of the SEC Men’s Basketball Tournament, like today, and the Thunder/Jazz game had been cancelled the night prior. Georgia, Ole Miss, Vanderbilt and Arkansas had played their First Round matchups on Wednesday and the Second Round was set to begin at 12:00pm CST.

My real-time, handwritten notes from this day at 9:30 am CT in 2020 as the @SEC was about to stop everything. Leadership lesson embedded in the last line I wrote. “I need help.” Thank you to the many who did help us return to activity! #ItJustMeansMore pic.twitter.com/yacYfbzByO

In Sankey’s notes, he writes that all athletic competitions will be suspended immediately and that the regular season champion will be named SEC champion. That came true an hour later:

Based on the latest developments and the continued spread of the coronavirus (COVID-19), the Southeastern Conference today announced the cancellation of the remainder of the 2020 Men’s Basketball Tournament in Nashville.

“We understand that this decision will be disappointing to our student-athletes and coaches who have been preparing all season to compete in this event as well as viewers at home,” said SEC Commissioner Greg Sankey. “While this was not an easy decision, the health and well-being of our entire SEC community is of paramount importance.”

The SEC’s regular season champion, the University of Kentucky, will be awarded the conference’s automatic bid to the NCAA Tournament.

Getting an inside look at what was going through the mind of one of the nation’s most important sports figures is a reminder of how humbling this process has been. Those of us at home had pre-formed opinions about the situation, but no one — not even those in charge of making decisions — knew what was to come.

Two points of note within Sankey’s frantic scribbles standout. March 30th was the target date he and his team had established for a return to play. It wasn’t until mid-September that sports returned within the SEC, almost 170 days later. And at the bottom of his notes, he writes, “I NEED HELP.” His honest, panicked self-admission serves as a humbling reminder of what little we knew. Many of us believed that March Madness was going to be played without fans, there was hope for a complete college football season, and even thought that spring sports could resume by the end of the month. The reality was that we didn’t have any idea as to what was to come and there was a long road ahead.

Sankey sharing his notebook is a great lesson, and an even better reminder of how far we’ve come and how far we have to go.