SEC Media Football Predictions For The 2021 Season Are Here, And They’re Surprisingly Not Awful 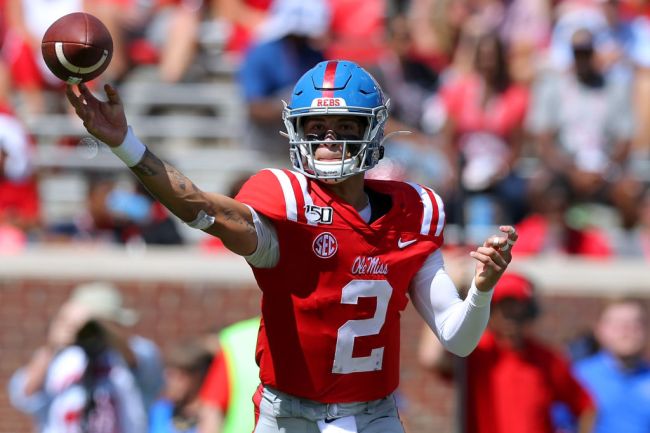 SEC media days are supposed to mark the unofficial kickoff to the college football season for SEC fans around the country. While coaches and players talking into a mic get some fans excited, the only part of SEC media days that consistently gets the people going are the media’s predictions for the upcoming season.

This year is a bit of an outlier given the news about Oklahoma and Texas looking to join the SEC broke during media days, but for a typical year, media predictions are what gets people talking.

There tends to be at least one surprise among the media’s preseason predictions each year,  but that isn’t necessarily the case this time around. Some fans are going to be delusional and argue that their team can win the division this season, but for the most part, these seem to be spot-on.

While it wouldn’t shock anyone to see Kirby Smart and Georgia struggle this season despite how good the Bulldogs look on paper, the East is most definitely their’s to lose. Florida and Georgia are the clear-cut top two teams in the East, it’s teams three through seven that hold the most question marks heading into the season.

When it comes to the bottom three teams in the East, Tennessee, Vanderbilt, and South Carolina will fill those spots in some order as all three programs are yet again beginning fresh starts with new head coaches.

Like the East with Georgia and Florida, Alabama and Texas A&M are unanimously considered the top two teams in the West. Jimbo Fisher and the Aggies always have gigantic expectations, but having Alabama on the home schedule this year makes things that much more pressurized in College Station.

The one surprise among predictions for the SEC West could be Ole Miss sitting in the No. 4 spot. You could certainly make the argument that Auburn should be the favorite to finish fourth in the division, but Lane Kiffin brings back a scary offense led by one of the nation’s top QB’s in Matt Corrall. If Ole Miss’ defense is just slightly above average it’ll have a shot at shocking the college football landscape this season.