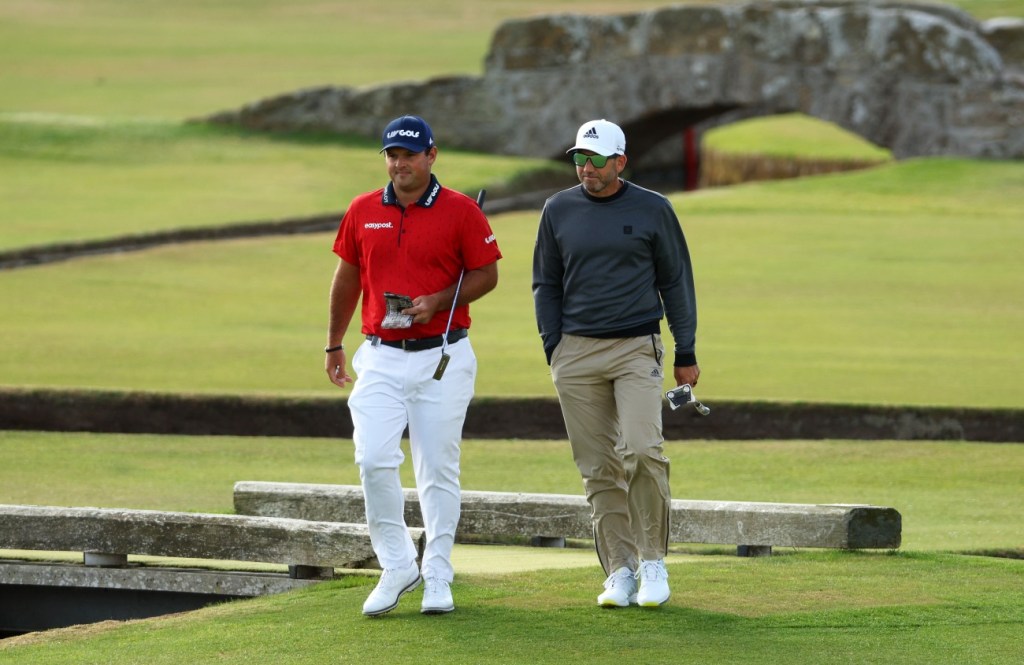 Former #2 ranked golfer in the world, Sergio Garcia, announced his intention to quit the DP World Tour (European Tour) as he pursues the LIV Golf series. The reason that Sergio gave for wanting to leave the DP World Tour is he believes he’s not feeling the love from fans anymore… It’s hard to imagine what changed for him to cause the blowback from fans…

Sergio Garcia has 11 PGA Tour wins, 16 European Tour/DP World Tour wins, and 14 other wins spread across smaller tours. He’s also the 2017 Masters Champion which means he gets a lifetime exemption into The Masters.

He’s got a pretty formidable resumé for any golfer and Sergio’s particularly come alive in the Ryder Cups where European fans have embraced him wholeheartedly. He’s the all-time Ryder Cup points leader with 28.5 points and he’s appeared in every Ryder Cup since 1999 except for 2010. Now, suddenly after joining the LIV Golf Series, Sergio Garcia believes he’s no longer feeling the love from European golf fans and he wants to quit.

After the Open Championship on Sunday, Sergio Garcia had this to say to Spanish reporters:

“I am quite clear about what I am going to do with the European circuit. Probably leave it. I want to play where I feel loved, and right now in the European Tour I am not feeling loved. I am very happy with what I have achieved, and I am going to try to enjoy it. I will play less and will spend more time at home. If I cannot play any more major, that’s the way it is, but it is not something that bothers me a lot. I am feeling sad because of the Ryder Cup but right now in the way I am playing I won’t be selected.”

“When Thomas Bjorn — former Ryder Cup captain — came to the BMW Championship and told us: ‘We don’t love any of you and all players say so.’ … I already have an age and had enough suffering to be enduring nonsense like that. That’s not pretty. I have given more than half my life to the European Tour and I wanted to continue playing it, but I am not going to be where they don’t want me.” (via ESPN)

Sergio’s feelings seem hurt not just by European golf fans but by his peers who have branded him an outcast for joining the LIV Tour. And a quick perusal of Twitter shows that golf fans won’t miss Sergio much at all.

Golf fans react to Sergio’s comments about quitting the tour…

I care very little about golf (zero), but I care even less (below zero) about the feelings of pro golfers who feel 'unloved' after joining the Saudi-bankrolled LIVE golf Series, which has bought pro golfers away from the classic tournaments. https://t.co/EORm4MhcRx

Cheer up, Sergio. Maybe your new Saudi bosses will get you tickets for a Newcastle match.https://t.co/Fwv51vpP8q

There was a time in life when I was actively rooting for Sergio Garcia anytime he wasn’t in direct competition with Tiger Woods or Phil Mickelson. A lot of American golf fans have never embraced Sergio Garcia because of his Ryder Cup heroics for Europe or his time-wasting waggles of yesteryear, but I was a fan. These days he just sounds like a ‘get off my lawn’ old man who doesn’t realize his time’s up.