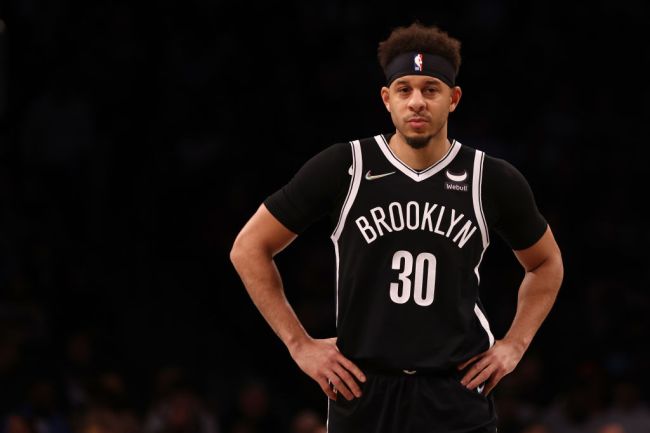 Seth Curry and Steph Curry have taken very different paths through their basketball careers. Steph spent his whole college career with a mid-major and worked his way up to being a top-10 draft pick.

Seth played most of his college ball for a powerhouse Duke program, but ended up going undrafted. Since going undrafted, Seth has played for 8 different teams around the league, establishing himself as a solid role player over his last few stops.

Steph has spent his entire career with the Golden State Warriors and is one of the league’s biggest stars.

If Seth has things his way, the brothers will remain on different paths. Yesterday, he told NBC Sports’ Angelina Martin that he’d prefer not to play with his brother.

Seth Curry loves his brother … and competing against him https://t.co/sZTeQFmfOi pic.twitter.com/mTenNBASpl

I’ve thought about it as people bring it up, but to me personally, I enjoy kind of being away from him, trying to create my own path and do my own thing.

Still Curry wouldn’t entirely rule out the possibility of him playing with his brother in the future.

“You never know what the future holds. I wouldn’t be against it, but it’s definitely not my preferred choice to be on the same team as him definitely right now. I also like competing against him and trying to beat the best.”

Pairing the two brothers doesn’t seem like much of an option right now. Steph won’t be leaving the Warriors any time soon and may never leave them before he retires.

Meanwhile, Seth will likely spend the next season playing alongside one of Steph’s highest-profile former teammates. Unless the Brooklyn Nets manage to trade Kyrie Irving and Kevin Durant and begin shedding salary, Seth will probably be a part of their plan for the 2022-23 season.

Maybe somewhere down the road we’ll get to see the brothers chase a ring together before they both call it a career.