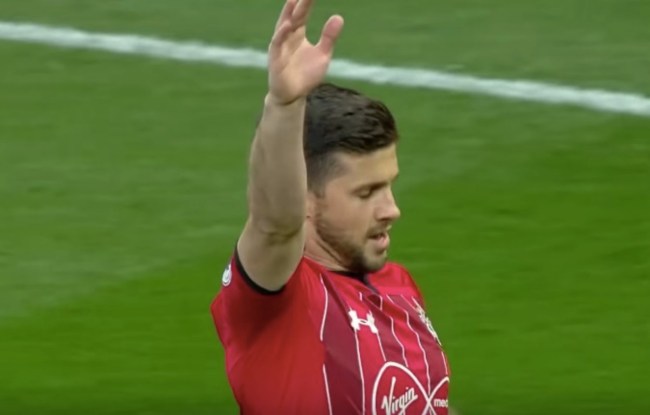 The Premier League season is winding down. The final games will be played on Sunday, May 12th and it’s a tight race at the top. City faces United in a Manchester Derby today that will *likey* determine if Manchester City or Liverpool go on to win the Premier League this season.

Tottenham‘s Christian Eriksen scored in the 88th minute yesterday to ensure my Spurs remain undefeated at home in their new stadium while also staying in the Top 4 of the league which will ensure a berth into the 2019-2020 Champion’s League. Tottenham’s win was over Brighton who are not yet safe from relegation. They sit in the #17 spot, just 3 points safe of Cardiff and relegation.

Southampton has 37 points, only 6 points safe from relegation, and this makes Shane Long’s record-setting goal against Watford even more special. He set the record for the fastest goal scored in Premier League history yesterday when he put one in the back of the net in LESS THAN SEVEN SECONDS after the game started.

Shane Long just scored the FASTEST GOAL from the start of a game in @premierleague history!

I think it’s safe to say that nobody anywhere expected Shane Long to set this record but it’s one that is probably going to stand for quite some time because getting a goal in the back of the net less than 7-seconds after the whistle blows to start the game is an almost unbelievable feat. I’d imagine most of the population would have trouble even running down the field in seven seconds.

Twitter went crazy for this record, as you can expect. As Tottenham was playing at their gorgeous new stadium in London, they almost immediately lost the record for fastest-goal which was previously held y Tottenham legend Ledley King.

Spurs only just kicked off but already lost one thing tonight – record for fastest Premier League goal – with Southampton's Shane Long goal after 6 seconds against Watford breaking Ledley King's 9.9 seconds against Bradford in 2000.

Shane Long usually scores every 18,000 seconds or so in the Premier League.

Now I want to see him set the record for the fastest Red Card in Premier League history so he can really set the book ends on an otherwise lackluster career (24 goals in 145 games for Southampton).