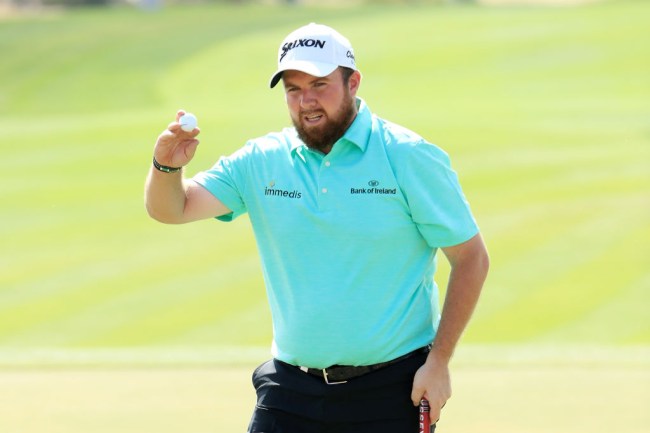 Plenty of golfers got off to a rocky start during this year’s British Open but it was a fairly uneventful weekend at the tournament thanks in no small part to Shane Lowry, who came into Sunday with a four-stroke lead and never looked back before getting intimate with the Claret Jug.

No one really expected Lowry to make waves at the Open but the people who did managed to take home a pretty solid payday thanks to his play—not to mention the Irishman himself, who netted almost $2 million for his efforts.

I’ll admit I didn’t know a ton about Lowry heading into the event, but over the past couple of days, I’ve gotten a bit more familiar with the golfer as more and more stories about him have emerged—including one that came courtesy of his grandmother, who was interviewed by RTÉ Sport following the win.

'I hadn't drank a brandy since 2009 – drank two yesterday, it's nearly killing me.' Shane Lowry’s grandmother speaks of a proud day pic.twitter.com/qqgCBRifNC

While there are plenty of golfers who follow a strict diet and exercise regimen, it’s not exactly a secret that it’s one of the only sports where you can get away with not subsisting exclusively on skinless chicken breasts and brown rice while hitting the gym twice a day.

I don’t have any insight into what Lowry’s current meal plan looks like but it seems like his childhood eating habits could have influenced the career path he eventually followed, because if grandma is to be believed, his favorite meal as a kid was some good ol’ fashioned grass:

“He had a great upbringing. I remember I minded him while his mother was working when they were building a house in Ferbane. He was always on the go.

I had a turf box in the corner beside the range, and when I went to the clothesline, I’d put them into it and he’d have all the turf mold ate.”

Look, I’m not going to sit here and act like Shane Lowry’s penchant for eating grass as a kid resulted in him becoming a professional golfer but I cannot stop thinking about him breaking into the clubhouse in search of grass clippings the night before a round in search of the lifeblood he needs to succeed.

It’s the little visuals in life that keep me going.