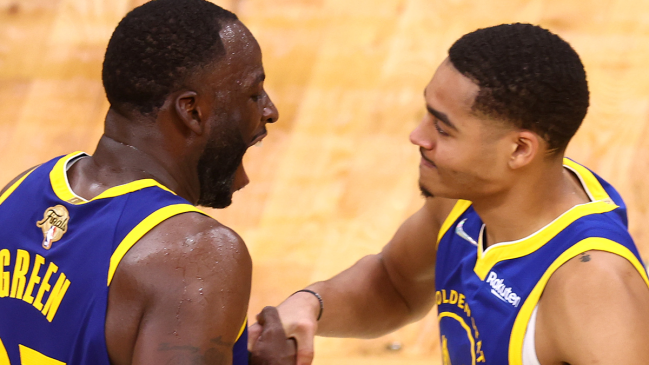 Earlier this week, the Golden State Warriors found themselves dealing with a bit of a headache after the world learned Jordan Poole and Draymond Green were at the center of an altercation during practice that ended with the two men being separated after a report surfaced claiming the latter “forcefully struck” his teammate.

There were murmurings Green could face some discipline over the incident, although the franchise seemed to do what it could to downplay the severity of the situation. However, things took a very interesting turn on Friday when TMZ released a video of the altercation in question, which shows the Warriors veteran getting shoved by Poole before absolutely clocking his teammate in the face with a punch.

The clip understandably sparked a flurry of reactions from people around the NBA, but I’m not sure if anyone out there had a spicer reaction than Shannon Sharpe based on what he had to say shortly after it surfaced.

It would obviously be foolish to frame Poole as an innocent bystander here; it’s unclear what words were exchanged to escalate the situation, but he certainly didn’t do himself any favors by shoving Green before receiving some decidedly disproportionate discipline in return.

Sharpe acknowledged Green deserved the bulk of the blame for the perceived “cheap shot” while chatting about the situation with Skip Bayless on Undisputed, but he also had a Very Interesting Take while implying Poole was partially to blame for putting himself in a position to get rocked in the first place.

“This was a cheap shot by Draymond. Draymond wanted to send a message but he was wrong for this. And Jordan Poole, you don’t let nobody walk up on you like that!” pic.twitter.com/bQgV1KLNmb

“I don’t know where Poole’s from. I know he went to the University of Michigan but I can tell he’s never been in a whole lot of fights.

Bro, you don’t let nobody walk up on you like that! The moment Draymond walked up, you should’ve did to Draymond what Draymond did to you. The moment that man got in your face, you’re supposed to have slept him.

Damn a shove! You’re in striking distance now. I ain’t shoving you because you never should’ve walked up on me. That’s why you never let someone close the distance on your space.”

While it’s not hard to understand where Sharpe is coming from, it’s also kind of easy to understand why Poole may have been inclined to approach the situation in the way he did as opposed to dealing with the “JORDAN POOLE ESCALATED ALTERCATION BY PUNCHING DRAYMOND GREEN AT PRACTICE” headlines we would’ve been treated to if he’d harnessed that approach.