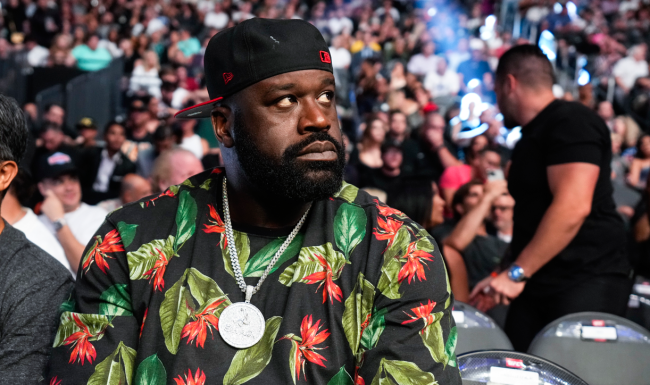 Back in 2017, Shaquille O’Neal baffled his many fans when he suggested that he believed the Earth is flat while defending flat earther Kyrie Irving.

Irving later apologized for suggesting that the Earth is flat. (He did not, however, apologize for openly wondering if dinosaurs ever really existed.)

He expounded on his claim by adding, “I drive from coast to coast, and this s–t is flat to me. I’m just saying. I drive from Florida to California all the time, and it’s flat to me. I do not go up and down at a 360-degree angle, and all that stuff about gravity, have you looked outside Atlanta lately and seen all these buildings? You mean to tell me that China is under us? China is under us? It’s not. The world is flat.”

This week, Shaq was back at it again during an interview on the Kyle and Jackie O radio show in Australia.

“Yeah, but it’s still a straight line. I didn’t go under,” Shaq answered.

He then questioned if the world is really spinning.

“I’ve been living on the house of the lake for 30 years. Not once did the lake rotate to the left,” he added, eliciting a bit of agreement from Kyle.

The entire interview, as usual when it comes to Shaq, is very entertaining and funny. Take a look…