Watch Shaq Try To Hit Charles Barkley With A Catfish 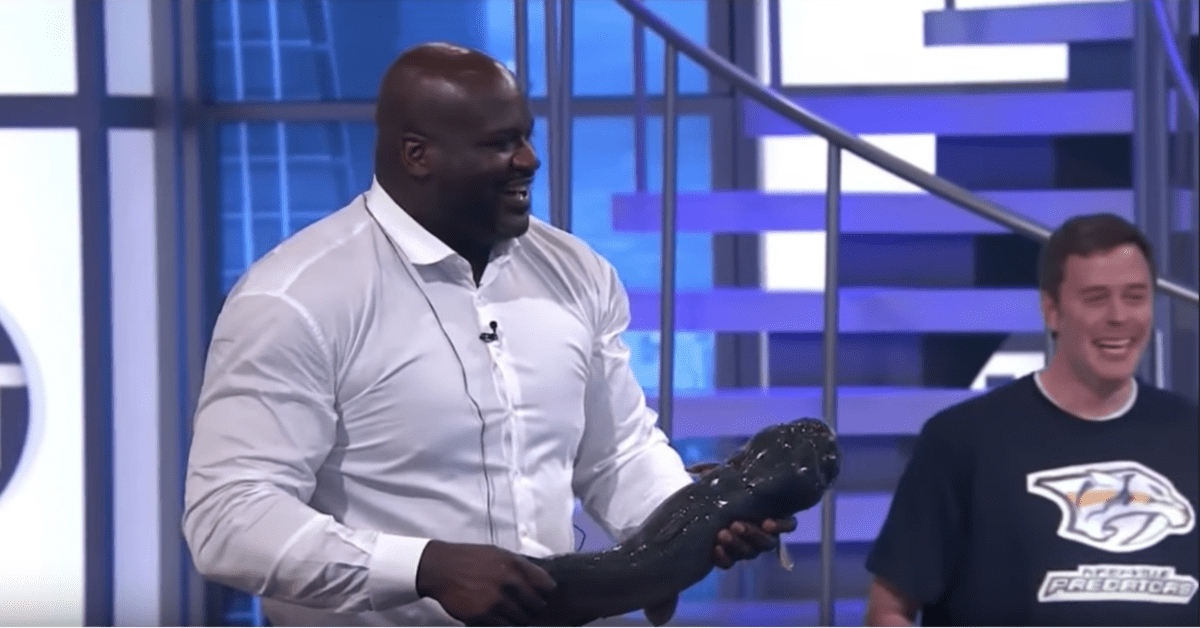 Inside The NBA on TNT, aka Everyone Fuck With Chuck, is without a doubt of the greatest things about the first couple rounds in the NBA Playoffs. I’m way more into Shaq, Chuck, Ernie, and Kenny shooting the shit than I am seeing the Rockets blast the Timberwolves or watching Melo go 0-987 from the floor.

Well, last night of Inside The NBA, the gang went CGI fishing for some catfish in honor of having some Nashville Predators fans in the house. About halfway through the segment, Shaq disappears then quickly returns with a big ole catfish in hand. As you would imagine, he proceeds to throw the big ass fish towards Charles Barkley but Chuck is having none of it.

Chuck, who has fallen in love with Playoff Hockey in recent history, had some nice things to say about the Predators playoff games but I’m not so sure he loves the Catfish stunt. Just before the attack, Chuck was telling Ernie, “I went up to Nashville for a game last year. One of the best nights of my life, at a sporting event.” Kind words from a man who was about to fear for his life.

Of course, people had some fun in response to Chuck’s quick moves…

Shaq has an actual catfish and is trying to throw it at Charles. That’s why this show wins all the awards. pic.twitter.com/iRxUs7Pa1O

Chuck was running like that out of the chair 😂 pic.twitter.com/5o2il8eMvD

That's Awesome fellas. If y'all need some tips from a pro, let me know. In #Smashville We do it best. The Original Catfishjake! Shaq u need a big boy like this here!! #Catfishjake pic.twitter.com/oLlDzC72fB

h/t For The Win