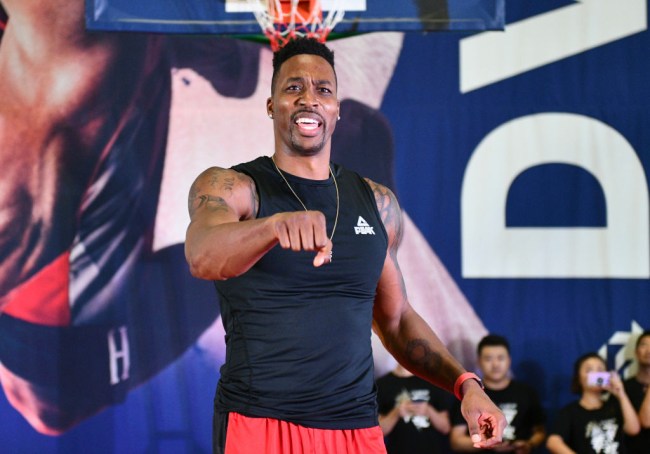 One of the most physically imposing players the NBA has ever seen just wants to be one of the guys. Dwight Howard may be the only 8-time NBA All-Star and three-time Defensive Player of the Year who fanbases would hard pass on due to his reputation for being soft, detached, and uninvested.

The 32-year-old spent eight seasons with the Orlando Magic, setting numerous franchise and league records and leading them to the NBA Finals back in 2009. After being traded to the Lakers in 2012, Howard has been a journeyman since–playing out stints in Houston, Atlanta, Charlotte, and most recently signing with Washington. His short stints with multiple franchises has only given legs to the idea that Dwight doesn’t have the killer instinct.

The Washington Wizards center appeared on MTV’s Wild ‘N Out and got burned to the extent that the below clip went viral, prompting Shaquille O’Neal to repost it to his 9.3 million followers.

Dwight hopped in the comment section to jokingly challenged Shaq to a roast battle, except Shaq didn’t think it was funny and delivered the fatal blow to the man Kobe Bryant called “soft” and a “teddy bear” during his unsuccessful stint as a Laker.

Dwight Howard tried to go at Shaq and got immediately put in a body bag 😂 pic.twitter.com/82q1tR8udj