Shaq Explained The Difference Between Being Rich And Being Wealthy, Revealed His Biggest Splurge 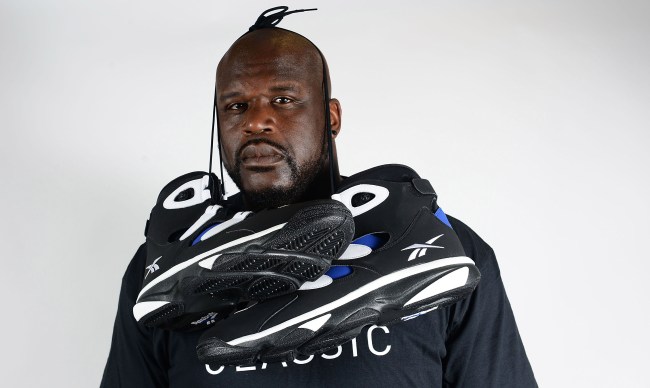 NBA Hall of Famer Shaquille O’Neal made an appearance this week on Yahoo Finance’s On The Move, and while on the show he revealed the money advice that stuck with him his whole life, the difference between being rich and being wealthy, and the biggest splurge he’s ever made with all his money.

The money advice he’s lived by since he first heard it came from celebrity business manager Lester Knispel.

Solid advice, but here’s where it gets crazy.

“I actually didn’t touch my first check until I got married and started having children,” said Shaq. “So Lester Knispel, thank you for that advice.”

Not that Shaq didn’t spend money before he heard that advice. He definitely did.

He told a story in 2017 about how when he was 20-years-old he dropped $1 million in one day after signing an endorsement deal with a trading card company. What did he buy? Three Mercedes-Benz cars – one for himself, and one each for his parents, and then…

“I’ve gotta go do what all the homeboys do — gotta buy rings and diamonds and earrings and this and that,” Shaq recalled.

“A couple of days later, the bank manager called me in and he sat me down and he said, ‘I’ve been following you two or three years. Love your career. You’re probably gonna be a fabulous player and make a lot of money. But, you know a lot of you guys, when you’re done playing, don’t have anything. I don’t want you to be like that. I want you to take a look at this.’

He admits he still still has a problem, however, when it comes to buying cars, having recently purchased a Rolls Royce Cullinab truck that he drove only one time.

As for what Shaq looks for when he makes an investment, he told Yahoo Finance, “Don’t always try to go for the quick money scheme. Every time I made an investment based on thinking I was going to double or triple or quadruple my money, I lost every time. Every time I just took my time, did my due diligence, did my research, thought about it… My first major investment was Google. The guy said, ‘Hey. In the future—not now, but in the future—phones, search engines, finding information.’ I thought, ‘That’s going to work.’ I could see it.”

He also admitted, “I’d just look at what everyone else was doing, Jeff Bezos and a lot of other entrepreneurs and I would just try to follow their style.”