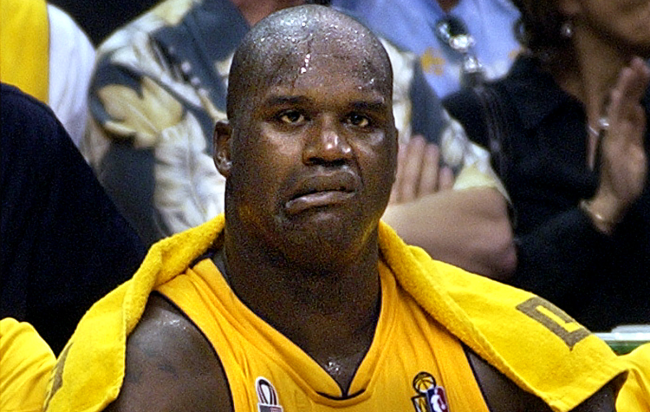 Shaquille O’Neal racked up a ton of accolades over the course of his storied NBA career, but the number of titles and awards he managed to add to his collection arguably have nothing on the seemingly countless endorsement deals he’s secured over the decades.

When Shaq was 20, he inked a $1 million contract with a trading card company and proceeded to blow the entire check in a single day with some help from the three Mercedes-Benzes he purchased, but after discovering taxes exist, he wised up and proceeded to stick it to the LSU professor who once told him he’d never master the art of marketing.

The iconic big man has managed to rake in more cash from endorsements over the years than he ever made while playing in the NBA, and it would almost be easier to name the brands O’Neal hasn’t linked up with, as he seems to take the same approach to partnering with companies that Nicolas Cage harnesses when it comes to picking scripts.

Shaq has long sung the praises of the assortment of IcyHot products he’s shilled over the years, and while he seems to genuinely believe in the benefits of their various pain-relieving remedies, during a recent appearance on Conan O’Brien Needs a Friend, O’Neal revealed he got a very rude introduction to their flagship ointment when a trainer deployed it in an attempt to treat a bruise on his thigh prior to a game.

However, he told the legendary late-night host things went awry when the IcyHot began to wander into a region you never, ever want it to come into contact with, saying he was forced to flee to the locker room in pain until a janitor came to the rescue by telling him to treat his family jewels to a milk shower:

“During the game, my little guys started getting hot—like, really hot, I thought something was wrong. It got to the point where I was like, ‘I need a doctor. My little guys are on fire.’ And he was like, ‘Oh, I think I put the IcyHot too high.’”

“So now I’m in the shower pouring milk on my boys. The guys are coming in looking at me like, ‘What the hell are you doing?’ But the milk actually worked.”

While that first impression might not have been the best one, Shaq said he eventually decided to link up with IcyHot because the experience made it incredibly clear their product works as advertised, so I guess it all panned out in the end.