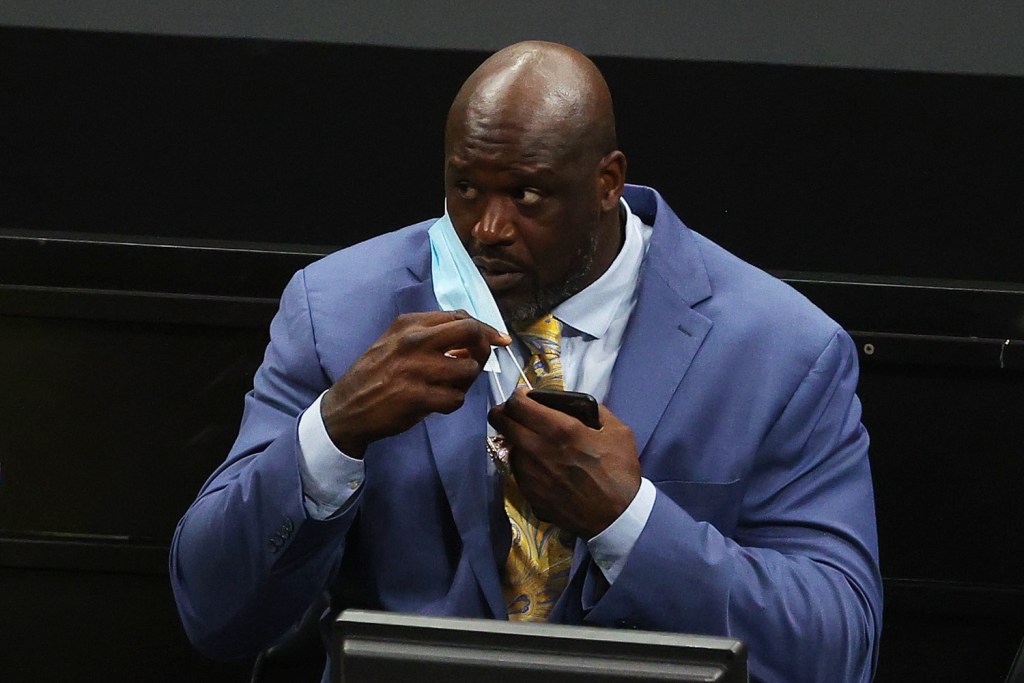 Shaq is everywhere all the time. I flip on my TV and he’s there. He has represented more brands than anyone other than Shaq could ever keep track of, including but not limited to Nintendo, Comcast, Susta sugar substitute, Burger King, Audemars Piguet watches, 24-Hour Fitness, Muscle Milk, Buick, Goldbond, he’s the Chief Fun Officer for Carnival Cruises, and the list goes on and on and on.

I’ve heard people joke about how Shaq has ‘never said no’ to a brand before. That’s not the case at all. He shares a story below of turning down $40 million from Reebok. Shaq also told Adweek back in 2020 how he chooses which brands to work with:

“I only promote products I believe in,” he explained. “I can’t take your money as a man, or as a businessman, if I don’t believe in your product. I get offers from a lot of people all the time. I’ve turned down probably half a million dollars just because I didn’t know enough about the product, or I never tried it, or I wasn’t comfortable.”

Appearing as a guest on the FULL SEND PODCAST on Wednesday, Shaq shared his story of turning down $40 million from Reebok. It happened after an old woman verbally accosted him over the price of shoes and threw every curse word under the sun at him.

It’s wild to watch and listen to a guy talk about turning down forty million dollars and not regret it at all. The segment starts at the 41:55 mark. It should jump ahead to that point when you hit play but if it doesn’t you can just click to that point in the video:

I love that Shaq’s reaction to someone reaming him out about the cost of sneakers is trying to hand them the two thousand dollars in his pocket. The woman smacking the money out of his hand and continuing to curse him out is one of the more impressive aspects of this story. Pro-tip: if anyone ever tries to hand you $2,000 you take it.

Shaq cut ties with Reebok that day aside from agreeing to keep wearing their shoes in-season. He went and started his own brand and did a deal with Walmart to get his shoes in every store and priced them at $29 and $19.

Shaq says since that partnership began they’ve sold over 400 MILLION PAIRS of sneakers. My brain has trouble comprehending that. His estimated net worth is $400 million which to me seems low if he’s involved in a partnership that’s sold over 400 million pairs but Shaq’s just so damn rich what does it even matter if he’s not worth a little more?