Shaq Defends LeBron James’ Criticism Of His Teammates, Saying It’s ‘What The Hell You’re Supposed To Do’ 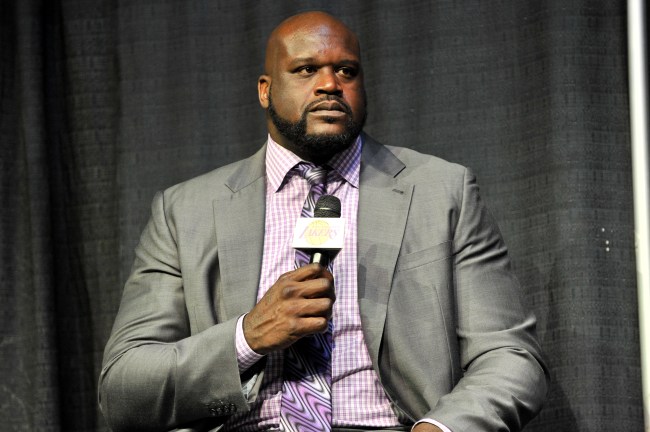 Shaquille O’Neal knows that, to win in the NBA, at times, it takes challenging your teammates to inspire them to up their games. It’s one of the reasons why the dude has four rings on his finger, is, arguably, the most dominant force the league has ever seen, and why he and some of his former teammates — Kobe Bryant specifically — clashed over the years.

And, given the Los Angeles Lakers are in a serious state of turmoil right now, Shaquille O’Neal sees nothing wrong with the current leader of the entire franchise, LeBron James, calling out some of his young teammates, with Shaq even going as far as saying that it’s what the three-time champ and four-time league MVP is supposed to do.

During O’Neal’s podcast, The Big Podcast, the big man spoke about how he would call out his teammates, too, and pretty much supported James’ tactics for criticizing the guys who aren’t pulling their weight. Take a listen at what Shaq said below.

In this week's show @SHAQ has @KingJames back for calling out his teammates, because he used to do it all the time. From this week's #Shaqcast 👇👇👇 (Full show here: https://t.co/sl1IkIoKJf) pic.twitter.com/559KBQJmvE

To paraphrase Shaquille O’Neal, here’s what he had to say, per UPROXX:

“That’s what the hell you’re supposed to do,” Shaq said on a recent episode of The Big Podcast. “I did that sh*t all the time. Why do you think me and Kobe had beef? If you ain’t stepping up, I’m calling you out.”

“LeBron is not a malicious guy. He’s very smart,” Shaq said. “He’s right in this. If you don’t want to be traded, then step your damn game up.”

Shaquille O’Neal is absolutely right to defend LeBron James here. Sure, while some may not like James’ tactic of passive aggressively calling out his teammates in public following losses — as he recently did after a bad loss to the New Orleans Pelicans — he’s trying to motivate his guys rather than bring them down. He’s trying to put things into perspective while, if we’re being honest, see which dudes can handle the pressure and which ones have thin skin. James is notorious for doing this on previous teams, too.

Like James, Shaq — and other all-time greats — are competitive AF and only care about winning. So, from Michael Jordan challenging his teammates in practice to O’Neal and Kobe going at one another, if the criticism leads to winning, nobody’s going to care about some feelings being hurt. Problem is, at least for the Lakers, LeBron’s words haven’t seemed to work much on his teammates, as the team continues to be an absolute disaster.