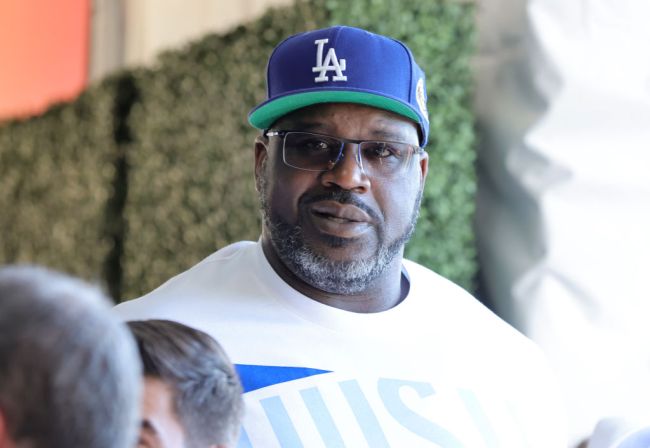 It’s playoff time in the NBA and with that the stakes have been raised across the league. It turns out that isn’t only the court, but also at the “NBA on TNT” studio.

While previewing NBA playoff play-in matchups, the TNT crew got around to discussing the matchup between the Atlanta Hawks and Charlotte Hornets. That was when things took a bizarre turn.

Shaquille O’Neal and Charles Barkley were discussing the matchup when Shaq made a bold claim about the matchup.

'If Charlotte beats the Hawks, I will stick my hand in a Hornets nest' 😂

Shaq officially has skin in the game for tonight's play-in game @NBAonTNT pic.twitter.com/PGmFCJFMfQ

Shaq claimed that he is so confident in the Atlanta Hawks that he would stick his hand in a hornets nest if the Charlotte Hornets beat the Hawks.

Vegas seems to agree with Shaq about who will win the series. The Hawks have home-court advantage for the play-in game with each team’s playoff life on the line. Vegas is giving the home team a pretty hefty edge as the Hawks are currently favored by 5.5 points and are wider favorites than -200 to win the game.

Many fans around the NBA will likely now be hoping to see a Hornets upset tonight in the hope that the world will get to see Shaq stick his hand in a hornets nest.

The Hornets and Hawks split their two meetings in Atlanta this season, so this could be a statement Shaq could end up regretting. He’ll definitely be hoping Trae Young shows up in the same form his was in early in last season’s playoffs.