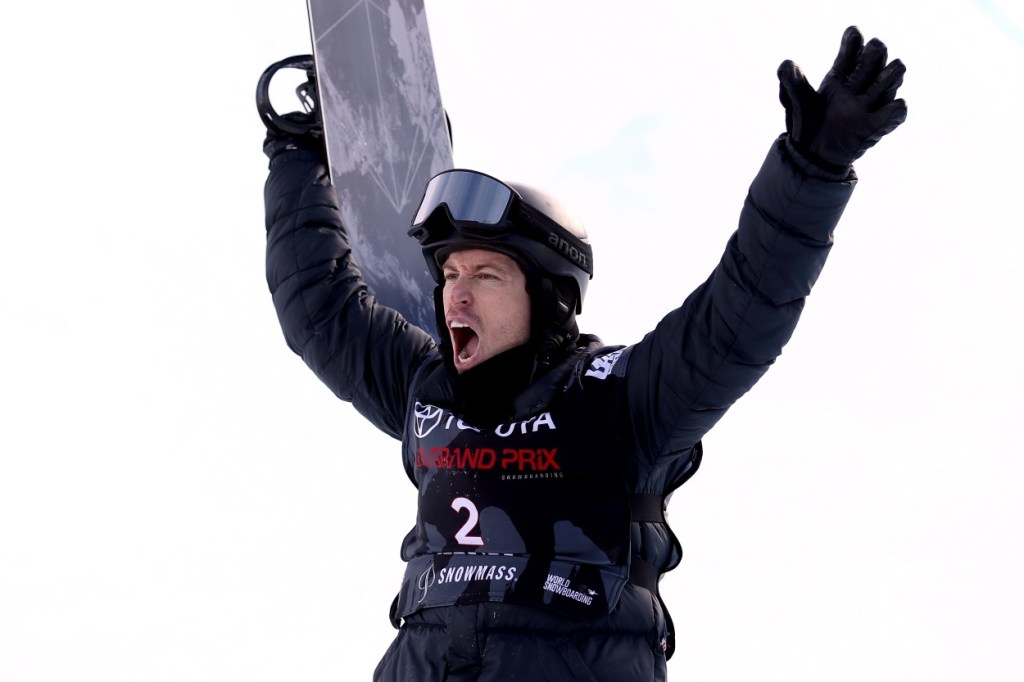 Shaun White aka The Flying Tomato will drop into the Finals of the Men’s Snowboarding Halfpipe at the Winter Olympics for his last time on Thursday. This is Shaun White’s fifth Winter Olympics and he’s the only snowboarder in history to win three Olympic gold medals, also the first to ever score a perfect 100 in the X Games. The dude is an absolute legend in the world of extreme sports but you already know that because everyone knows Shaun White is the snowboarding G.O.A.T.

As we look ahead to Shaun White’s final Winter Olympics run down the halfpipe I stumbled across this story on Twitter from Religion of Sports. It’s about the time Shaun White scored a perfect 100 on his third (of 3) qualifying runs and he needed a huge score or he’d miss the Winter Olympics that year.

I don’t want to give away too much here. I’ve also included the full video of Shaun White’s perfect 100-score below these tweets so you can watch his epic run. This took place at the 2018 Winter Olympics qualifiers in Snowmass. The video is below the tweets. Try to stop yourself from running through a wall after this, you won’t be able to.

This is Shaun White's last Olympics.
He's the greatest of all-time, but did you know that he made up his greatest run on the fly? This is the wild story of the time that Shaun White scored a perfect 100 without a plan:

It's the final Olympic qualifier in 2018. Snowmass, Colorado. Shaun White is already the face of the Olympic marketing campaign, but still actually has to make the team.

He has three runs.
First try, he falls.
Second one, he wipes out on the last hit.

"This perfect day," White remembered, "Just turned into a nightmare." Everything came down to his final run. Fall one more time, and White would miss the Olympics.

"Do you know how long that chairlift ride is back up?" White says.

During that long ride, the sky darkens, because of course it does. The temperature drops. At the top of the halfpipe, White starts talking to his coach.

They keep talking. They're strategizing what moves White can do, given his exhaustion. "What do you think?" offered his coach. "We could try—"

What should White do? He has to score big. He has to nail this run or else he isn't going to the Olympics. Normally, every move is planned out ahead of time. There's no time for that now.

So…White drops in. No plan at all.
He nails a 1440 double cork to start things off with HUGE air.
"I just absolutely send it," he remembers. "That just woke me up. I was that guy at the party who gets a second wind off the couch, just going for it."

Next hit goes perfect too. White knows he's riding well, but now there's another question…what should he do to end the run? The last hit is the biggest and most important of all.

"At this point, I'm on a tear. Why not just go for it?" he remembers thinking.

White gets to the end of the halfpipe and unleashes a 1260 double cork. He sticks it perfectly.
He waits for the score…a perfect 100.

White once said, "When you're put into a pressure situation & you can raise the bar…I don't know where else I get that in life."

When he needed to score big, he leaned on instincts. He trusted his gut. He put faith in all his practice.
We can all learn from that.

I’m ready to run through a wall. One of the greatest nights of my life was ripping shots of tequila with Shaun White at the after-party for Friends With Benefits and he told me a story about coming back from his first Olympic games and the entire terminal at JFK breaking out into a spontaneous slow clap and he had no idea how popular he was back in the USA until then.

It took me a minute to connect the dots because 2018 feels like a lifetime ago but I remember turning on the TV at nearly the exact time Shaun White dropped in for that run and scored a perfect 100. I’m ready to go run through walls today just as much as I was back then. Probably more so today now that I know the backstory about how he went out there and winged it.