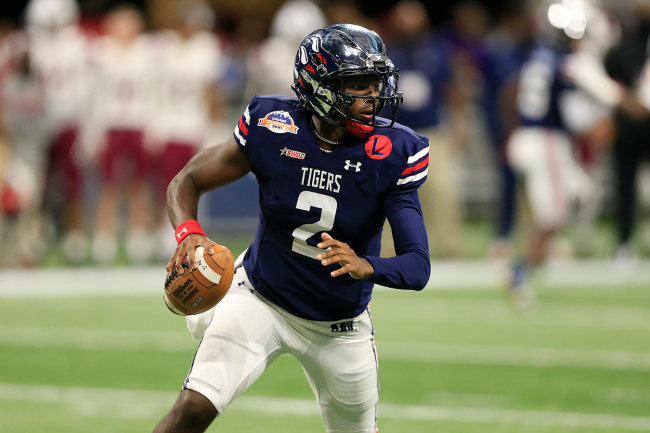 The Name, Image and Likeness era has brought a lot of change to college sports, particularly football. Of the many differences between today’s landscape and that of the past, one in particular stands out — college athletes are able to receive legal compensation while in school.

As a result, players have cash in their pockets now more than ever. And of those who are the most lucrative, stars are best able to cash-in.

To be profitable in the NIL era requires a presence. Whether that comes naturally as the starting quarterback of a top-tier, high-profile program, or by building a following on social media, or both, to make money through NIL requires people caring about who you are.

Shedeur Sanders is one of those people who has both. As the starting quarterback at Jackson State and son of Deion Sanders, he is naturally a person of interest.

Earlier this year, Sanders spent $8,000 at Balenciaga, and he showed up to SWAC Media Days last week wearing a pendant with 28 carats of diamonds, so clearly he is doing well financially.

Over the weekend, he flexed on everybody once again. Prior to his brother’s performance at a club in Miami, Shedeur gifted him a $100,000 watch right off of his wrist.

Deion Jr., of course, was appreciative of his brother’s gift and put the iced-out watch right on his wrist for the entire performance as he and Shedeur turned up.

Shedeur is living lavishly as a 20-year-old, but you have to love seeing him spread the love to his family.