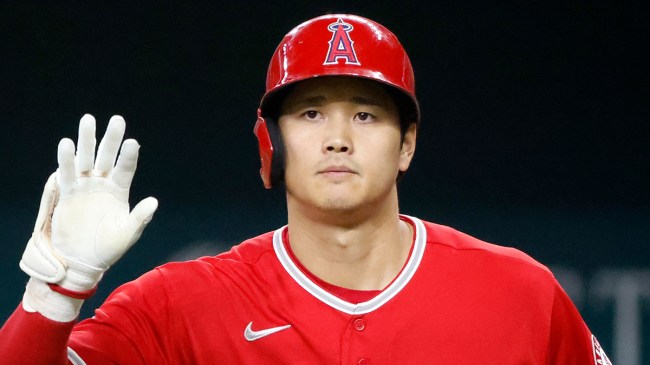 At this point, there isn’t really much to say about Shohei Ohtani that hasn’t already been said; we’ve reached a point where it’s hard to be surprised by anything the dual-threat Japanese superstar pulls off as he inches his way toward the end of a season where he leads his team in basically every significant batting and pitching category.

Since making his Major League Baseball debut in 2018, Ohtani has cemented himself as that one Little League player who possessed the combined talents of everyone else on the field; the kind of kid who was ripping 300-foot bombs before hitting puberty and who rarely needed more 10 pitches to get through an inning when taking the mound.

As a result, you had to sympathize a bit with Kody Clemens based on what went down when the Angels faced off against the Tigers on Monday night.

Detroit headed into the bottom of the eighth inning trailing Los Angeles 9-0 and opted to preserve the arms in the bullpen by calling on Clemens to pitch. While he presumably picked up some tips and tricks from his more famous father Roger Clemens, it’s hard to imagine the first baseman was prepared for the challenge he was faced with when Ohtani stepped up to the plate.

However, in a fairly unlikely twist, Clemens came away on top by dispatching the slugger with the 68 MPH pitch he used to record his first career strikeout.

Kody Clemens came in to pitch and struck out Shohei Ohtani. He made sure he kept that ball 🤣 pic.twitter.com/U6Z4Xf9bsM

Clemens was understandably amped about his moral victory and made sure someone on the Tigers secured possession of the baseball. The keepsake eventually found its way into a case—but not before Ohtani autographed it along with the message “What a nasty pitch!”

Kody Clemens got his first career strikeout against Shohei Ohtani.

Shohei signed it for him 🙌