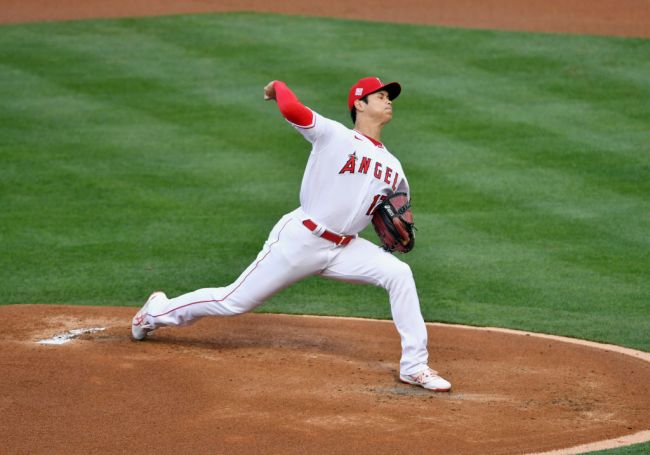 Since the implementation of the designated hitter, there has been only one true two-way player to play in an MLB game and that player was Shohei Ohtani in primetime on Sunday night. The Angels’ starter on the mound also marked the first time since 1976 that an American League team willingly gave up its DH spot for a pitcher to hit. He was slotted in the two-hole and went to work.

As the home team, Los Angeles was in the field to begin the game and the 26-year-old Japanese native toed the rubber. Ohtani threw 51.2 innings in his first year in the U.S., but underwent elbow surgery that limited to only a hitter in 2019. He made two starts in July and August in 2020, but finished with a 37.8 ERA in 1.2 innings and the Angels organization shut him down. The $8.5-million man works off of his wicked heater with a splitter, primarily, but also has a slider and curveball in his toolbox. He had all of them working on Sunday and hit 101mph on the gun.

Ohtani issued a walk to Jose Abreu in the top of the first but struck out one and got out of the inning unscathed. With three outs, he stepped up to the plate after the leadoff man flew out. White Sox prospect Dylan Cease threw one fastball and Ohtani took him deep on the first pitch he saw. Like, sent the ball into orbit deep.

SHOEI OHTANI HIT 101 MPH ON THE MOUND AND THEN SENT THIS BALL TO THE MOON IN HIS FIRST AT-BAT 💣 pic.twitter.com/S636k5hLcS

Ohtani said he prefers to hit on the day he pitches because he likes the idea of helping himself and did just that. His 100.6mph pitch was the fastest of any starting pitcher so far this year, and his home run was the hardest hit by any player this season at 115.2mph exit velocity. The two-way phenom was expected to throw about 80/90 pitches and made every one count.