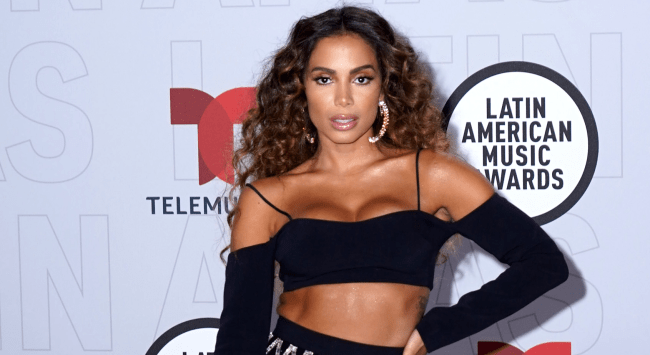 If you are looking for an edge when betting on who is going to win Super Bowl LVI, the Bengals or the Rams, and you’re willing to think outside the box, have we got a hot tip for you!

According to popular Brazilian singer and songwriter Anitta, the Cincinnati Bengals are a lock.

Why would a 28-year-old Latin Grammy Award nominated Brazilian singer have this kind of knowledge? Good question.

For the answer, we go to Anitta herself, explaining her completely logical rationale on a recent episode of The Tonight Show With Jimmy Fallon.

Just prior to her interview with Fallon, he did his annual “Puppies Predict the Super Bowl Winner” segment and they picked the Bengals to win.

Related: Predicting The Outcome Of 11 Popular Super Bowl Prop Bets Based On Prior Results

Anitta noticed this and explained to Fallon, “I love the puppies here because this… the puppies are really smart.

“The Cincinnati one, the Bengals? He’s the right one.

“And I want to bring it home.”

A perplexed Jimmy Fallon then asked Anitta, “What? You want to take that little…”

“The Bengals are going to win for sure,” she jumped back in. “I know for a fact. You can bet all your money there. All your money, you can bet on the Cincinnati Bengals.”

Fallon, still a little bewildered, pressed on, telling her, “You’re in my head right now.”

“Do you know how I know I’m going to win, they’re going to win? I win together,” she finally revealed to Fallon.

“What do you mean?” Fallon asked.

“Because I have in each different city… I’m traveling a lot,” she added, breaking Jimmy up.

“It’s a lot of countries!” she said defending herself. “I was, yesterday I was in Brazil. Day bore I was in L.A. I’ve got to have options.

“How do you end up in Cincinnati?” Fallon then asked her.

“So, I was in a strip club in Miami and I saw this guy who was super hot and I said, ‘Yo, if you don’t find anyone to have sex tonight hotter than I am, you just call me,” she told Jimmy, who proceeded to fan himself like he was having hot flashes.