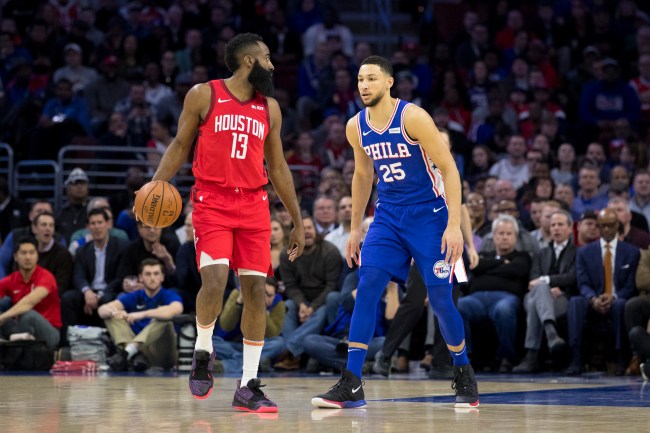 The Philadelphia 76ers are trying to get creative in their proposed trade offerings for James Harden.

Nearly a week after James Harden asked to be traded out of Houston the Rockets have been adamant that they wouldn’t let him go for anything less than their asking price.

The Houston Rockets feel no pressure to trade James Harden or Russell Westbrook, regardless of the superstars’ strong desire for fresh starts with different franchises, and are “willing to get uncomfortable” as training camp opens and the season begins, sources told ESPN.

The Rockets’ front office, led by recently promoted general manager Rafael Stone, remains adamant that neither player will be traded unless a team meets the asking price.

The Rockets are demanding an especially steep return for Harden, a perennial MVP candidate who has led the NBA in scoring the past three seasons: a proven, young star as a centerpiece along with a massive picks package, according to sources. Houston does not feel obligated to deliver Harden to the Brooklyn Nets, his preferred destination, sources said.

According to Sixers beat reporter Jason Dumas, the Sixers are trying their best to come up with a lucrative trade package for Harden that would allow them to keep both Ben Simmons and Joel Embiid.

Source: There is a growing belief in the Sixers FO that they won’t be able to land James Harden without including Ben Simmons.

But i’m told that Daryl Morey is working on something else significant and it would allow the Sixers to keep Ben and Joel.

Unfortunately for the Sixers, Rockets owner TilmaN Fertita may not consider any trades from Philadephia because he’s reportedly unwilling to work with Sixers GM Daryl Morey, who recently left Houston this offseason.

Harden to Philly is unlikely;

As of now it appears the Nets are still in the driver’s seat to trade for Harden unless the Sixers go above and beyond the Rockets’ asking price for the superstar guard.